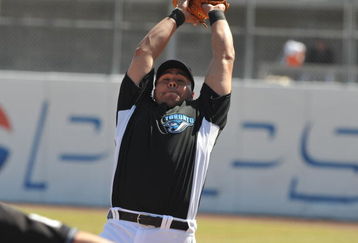 
I heard whisperings that Randy Ruiz had been playing a little outfield in the winter leagues.  I had already looked into his hitting and was pleasantly surprised.  He should arrive at camp next month in mid season form.  But the thought of him playing defense got my mind racing.  I had to see it for myself and was able to track down this boxscore.

From it I can make a few observations:
Now I'm not going to sit here, blow smoke up your ass and say that he should play the field for us at the Major League level.  I have never seen him play in the outfield but based on his body type (6'1 / 240ish) and after seeing his graceful pictures above (his eyes are actually closed) and below, I have to assume it doesn't look pretty.  According to The Baseball Cube: In his ten years of professional ball he has played 435 games at 1st and 62 in the outfield.  He had only one start at the one bag for us last season.  Officially he is listed on the 40 man roster as a DH.

We all know what he can do with the stick: 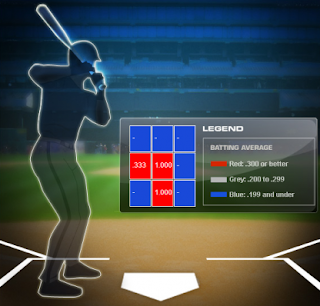 Courtesy of The Mockingbird 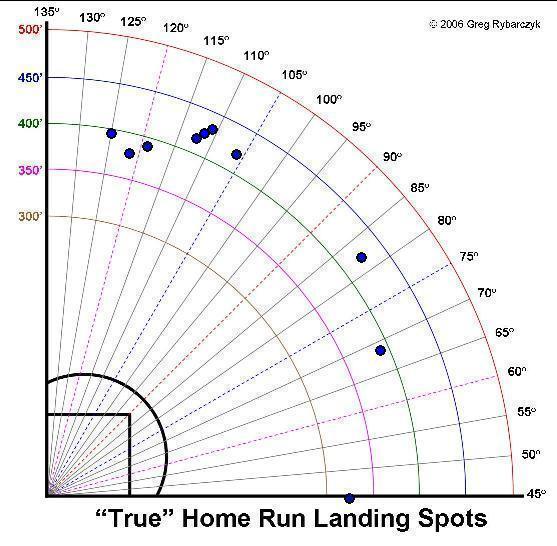 From a truly amazing, must see website Hit Tracker.  Video of his 435 foot no doubter off Pettitte can be found here.  If he just got the elevation angle of the ball up a couple of degrees, this bomb easily would have been 450 feet plus.  He had a total of 10 home runs and 7 doubles in 115 at bats as well as a .385 on base percentage with the big club in 2009.

The Cito said late last season that he doesn't want Lind in LF when Snyder is in RF.  When asked this off season who his lead off guy would be, he said Bautista.  Unfortunately for The Human Rain Delay, Overbay is still employed and will play a lot (read not platoon) if we are trying to showcase him for a trade and/or beef up his Elias free agent ranking.

We have only 4 bench spots and you have to know that Johnny Mac and the back up catcher get two of them.  For the third spot we would need a 4th outfielder.  That only leaves one spot available.  I guess what I'm trying to say is if the season started tomorrow, Randy would be hard pressed to crack the 25 man active roster and would basically be auditioning for that final spot.  But if he can market himself as anything other than just a DH this spring, his chances go up substantially. 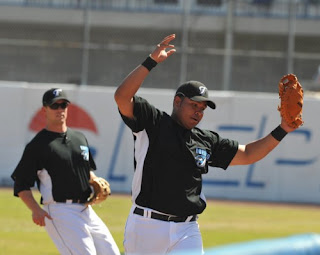 
Personally, I would like him get around 500 at bats only to see what he can really do.  The problem is I don't know who you take those at bats away from in order to give him the opportunity.

Posted by The Man With The Golden Arm at 3:22 AM