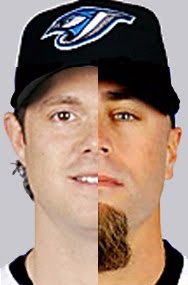 So who does it benefit and why is it still common?

Quite simply: It allows a team to maximize the strengths of a player while minimizing his deficiencies.  When coupled with another player who's skill set is completely different, in theory, it puts the team in the best position to win by fielding it's strongest line up everyday.

It should be noted that all parties involved must have the right attitude and "buy into the plan".  This proves to be the greatest challenge the majority of the time.  You remember the Lyle Overbay /  Kevin Millar platoon last season don't you?  How did that one turn out again?  Two words: train wreck

Most professionals in any trade want to work on their weakest areas in hopes of becoming more efficient as a whole.  Baseball players are no different.  If the player is perceived to not be able to hit left handed pitching well then he wants to get his at bats against lefties to prove everyone wrong.  A platoon does not allow for this to happen because a different player who kills lefties would get those at bats.

Which leads me to the 2006 version of your Toronto Blue Jays.  We had two full time outfielders in Vernon Wells and Alex Rios.  Then we had other role players in Frank Catalanotto and Reed Johnson.  Let's examine their respective skill sets.

So as it were, skipper John Gibbons and J.P. decided to try the platoon on a full time basis.  As a result, Cat played 101 games and Reed played 100 in left field.  Since we only play 162 games a season, how is this possible you might ask?  The majority of the season Cat got the call against the right handed starting pitcher and Reed would take over late in the game to pinch hit against the left handed specialist.  Reed and his better defensive abilities would then patrol left field and attempt to preserve a close win.  To Gibby it was like clock work.  He rode it all the way to our only second place finish in the AL East for the entire decade.

When put together the two players statistics for the 2006 season look like this:

Not bad for a couple of part time players with holes in their games.  I bring this up only because I pray that The Cito has this in mind for right field next season.  It makes no sense to me to give Jose Bautista and his .202 average against righties full time at bats there just because he is above average defensively.  Is Travis Snider the other half of the potential platoon?  Or does that make even less sense?