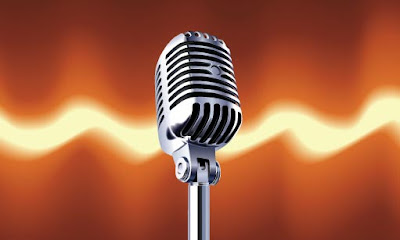 On a regular basis, we here at 1BlueJaysWay bring our readers exclusive interviews/features with various minor league players and organizational personnel. We've browsed through our Q&A's from the last season to bring you the ten best 1BJW interview quotes of the year.

Check out the teasers below and click each link to take in the full interview that we brought your way over the past year.

Blue Jays outfielder Colby Rasmus talking about his transition, after joining Toronto via a mid-season trade: "It's been good. All the guys on the team are awesome. I like the staff...all the coaches are great. Just all the way around, it's definitely a different environment than St. Louis. You know, St. Louis is a little uptight, but (Toronto is) a little more fun. I have more fun going to the field everyday."

Pitching prospect Deck McGuire chatting about alumni of his college, Georgia Tech, helping to prepare him for his professional career: "Mark Teixeira always came back every year for a football game and he'd come in the locker room and we could just ask him questions. And a lot of the questions, even though he's a hitter and I'm a pitcher, it was just, 'What can you learn from a guy that does it for 162 games a year at the highest level?' And then there are guys like Matt Weiters, who handles a pitching staff as well as anybody in the big leagues at a young age. And he's a guy that's always accessible and you can ask him questions. And there are just a tons of guys, big leaguers, guys that have that time that are at the highest point in our profession that you can always come to with any kind of questions to help yourself get better."

Former 1st round draft pick Chad Jenkins talking about his impressions of New Hampshire as his home for the 2011 season: "It's awesome. I've never been in a place where the fans love the team so much. We have a great fan base up there. They show up, sunshine, rain, no matter what, they're there and they're cheering us on."

Outfield prospect and two-time minor league stolen base champion Anthony Gose answering a fan question about the improvements he made to reduce his caught stealing numbers: "(I just tried to) be smarter. Last year I came in real big-headed and cocky after the year I had before in Lakewood. Last year humbled me and basically just being smarter. I had it the whole time and I should have known this last year and not went through that trial and error process, but you know, I'll take the good with the bad and here I am and I'll just keep moving forward."

Double-A Fisher Cats manager Sal Fasano talking about first baseman Mike McDade: "He's probably been our most consistent hitter. He just keeps improving daily. It's fun to see him get a little bit of notoriety, because he's kind of worked his way into prospecthood. He wasn't a highly touted guy, but he keeps producing every year."

Mid-Season All-Star Marcus Knecht on where he grew up: "Right in the city about 10 minutes north of downtown, north of the Rogers Centre."

All world catching prospect Carlos Perez gives us his thoughts on the weather in Lansing early in the season: "Yeah, here is too cold."

Some other great interviews we had this past year include Zach Stewart, Henderson Alvarez and hitting coach Justin Mashore.
Posted by Jay Floyd at 1:31 AM