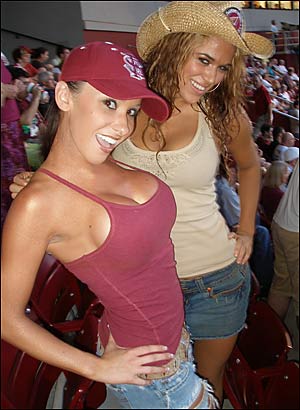 Consider this your required reading for the week.  Just simmer the fuck down everybody on the chatter that we are moving out a la Montreal.

With respect to the concerns about attendance, everybody needs to simmer the fuck down too.  If you don't want to go see this team play, don't bother.  And if the cheap bastards at Rogers want to lie about attendance figures and use questionable ticket selling tactics, fuck em.  One day we will win more than we lose and all the baseball fans IN CANADA will be there with us diehards to see it.


Courtesy of Robert Cribb @ The Star: 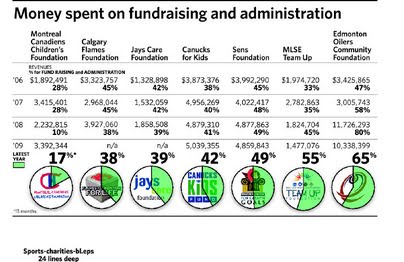 The Toronto Blue Jays’ charity, the Jays Care Foundation, spent 39 per cent of total revenues on fundraising and administration in 2008, the last year it reported its figures.
That’s high, says executive director Danielle Silverstein.
“It’s a number I pay attention to. We’re very focused on it. … I’d love for it to be under 30 per cent.”

An eye opening piece on the "business" of charity in pro sports here in Canada.

2/5
Long gone are the days when the Blue Jays used to draw 3 million in attendance. However, the Blue Jays still manage to consistently clear at least 11,000 in attendance per game. At times, it’s frustrating to watch fans more focused on when they should stand up so they can catch “the wave” or when they are cheering loudly to win a piece of pizza rather than cheer on the home team itself.
For the most part, the biggest crowds flock to the Rogers Centre when the Blue Jays play the Yankees or Red Sox. At times, the opposing fans are actually louder than the home fans and you can hear this clearly on the television broadcast.

I believe our comrade, the great Blue Jay Hunter wrote this one.  All sad but true.

Can't wait to see the Cuban. 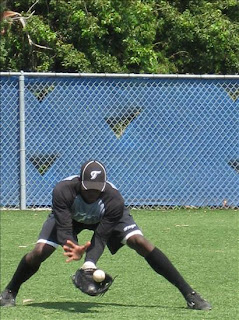 Courtesy of Morgan Campbell @ The Star:

And the biggest on-field question surrounding Hechavarria concerns his bat. He hit .262 in his final season in Cuba’s national series, a league where roughly 80 players hit .300 or better last season. Hechavarria is aware of the challenge big league pitching will present, but is confident he’ll solve the problem.
“Every day you have to find a way to improve,” he said. “And until I feel good (about my batting) I’ll find a way to get a little better every day.”

Fucking scab.  This guy stole how many at bats from Lyle last season?  251 to be exact.  In fact, he had 283 (wasted) plate appearances.


Courtesy of Brett Popplewell @ The Star:

With so many high profile patrons – and the hotel about to house some of them for the G20 Summit in June – security at the hotel is every bit as important as the housekeeping.
But a recent case of internal housekeeping had more to do with the hotel’s security than its laundry. Earlier this month the Royal York hired a private investigator to monitor the movements of some of its staff and then fired 22 employees.

First of many G20 clusterfuck victims.  The much anticipated weekend series approaches.

When Dirk Hayhurst was growing up, he could never relate to friends who idolized major league baseball players.
“Why would you want to be these guys when you could be Superman?” he would tell them. “Yeah, he can throw hard, but Superman can throw a skyscraper as hard as he can throw a baseball. That was way more appealing to me.”

Hurry back Dirk.  Apparently he needs some Unicorn blood to assist in his rehab.  I try to help out with the search.

OOTP 11 says we go 2 - 5 this week.  Ouch.
Of note: Dustin McGowan was claimed off waivers by the Texas Rangers.  I had to DFA him because it wouldn't let me transfer him to the 60 day DL.  Stupid game.