Update: My Theory On Opening Day "Sell Out"

A week or so back I wrote about my opening day tickets experience, suggesting that there was a potential inflation of the sales numbers for the Jays' home opener.  The 1bluejaysway gang were all there. I chose the safe (or fearful) side of the stadium and let Golden Arm, Nemesis and Rain Delay conduct their debauchery from the polar opposite side of the 100's from me.


Anywho, as I was saying. You may or may not recall me mentioning the series of emails I received from the cheap bastards at Rogers thanking me for purchasing tickets to the April 12th home opener, despite not purchasing said tickets directly from the team.

There is no question it was a sell out, packed house that night. We all saw and heard it. Well folks, the proof is in the pudding....see below, a screen cap of the emails I received, thanking me for my purchase. 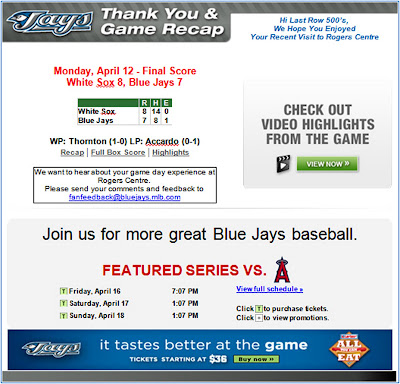 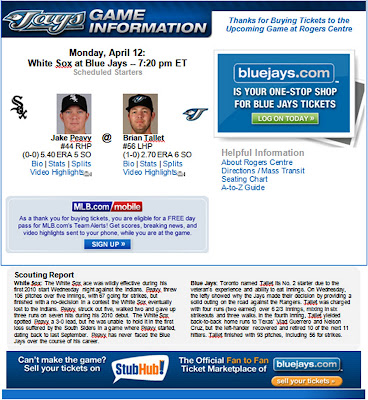