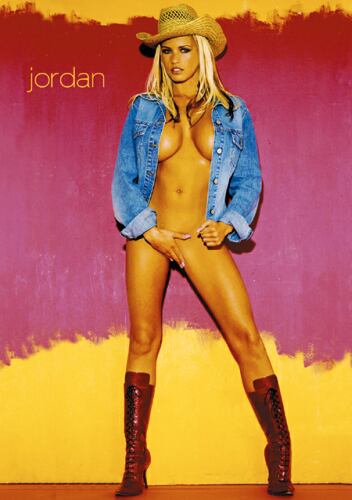 Please consider this your required reading for the week.  Inflatable Raft met his agent for the first time at a Hooter's in Cancun.  Sweet.

Toronto's supporters can still hope, though. If Wells hits well this year and has healthy enough legs underneath him to impress scouts and turn around his defensive numbers, teams may be willing to trade for Wells and pick up some of the money he's owed. Jerry Hairston Jr., Mark Kotsay and Rick Ankiel lead the next crop of free agent center fielders, so teams aren't about to find elite solutions on the open market. The Blue Jays will not be able to trade Wells without paying the vast majority of his contract, but they can dream about a deal that allows them to shed $10-20MM.

Trade Vernon?  Is anyone still interested in this idea after his hot start?

Starting ... relieving, it doesn't seem to matter what the role is to Luis Perez of the New Hampshire Fisher Cats. The 25-year-old left-hander was used for three hitless innings of relief on Opening Day, and he made his first start of the season Tuesday against the host Reading Phillies. The results were the same -- Perez was unhittable both times.

Luis Perez is on the 40 man roster.  He wouldn't be there if he sucked.

There are mixed reviews on Hechavarria as a defender, but the fact is he is now on the clock, having been signed and optioned to the minors. The Jays paid him an up-front signing bonus of $4 million, with $500,000 for 2010 and the rest staggered over the next three years (2011-13). The $4.5 million will count as major-league payroll pushing the Jays' 2010 total up over $66 million. Using his first of three options this year means that he is being fast-tracked to the majors. He needs to be on the 25-man roster by Opening Day of 2013 or he will have to be placed on waivers and likely claimed. But by all reports that is not going to happen. The more likely scenario is that he is the Jays starting shortstop early in the 2011 season with John McDonald as his tutor.

Dick fucked up the story (again) and needed to be corrected by someone that hasn't lost their mind.  Click here for his correction tweet.

Forget the obvious in failing attendance and a shrinking Blue Jays payroll. You can flip on the hotel television and skim through the stations to get the pulse of what's going on. It's NHL, junior hockey, college hockey, high school hockey, Justin Bieber, Canadian Olympians, and more hockey.
Somewhere between celebrity Texas hold 'em tournaments and MuchMusic videos, you might, just might, get a Jays highlight.
After Tuesday's game, a fan asked a local talk show host if building a new stadium would help. Even the host -- Canadian, I'm guessing -- admitted that no one would care after a year.

This guy got destroyed on twitter by the Toronto faithful.  I hit him up with this.

The article also relied on quotes from Alex Rios, a former Blue Jay who was booed lustily during this week's series, and White Sox manager Ozzie Guillen and pitcher Freddy Garcia, both Venezuelans.
It did not offer a chance for anyone currently with the Blue Jays to respond, though a response of sorts did come immediately with several unflattering revisions to the writer's Wikipedia entry. Cowley was also taken to task by Blue Jays fans on Twitter, who created the hashtag #WhyJoeCowleyHatesToronto to track their collective efforts.

By the time this story was published, most of us had had enough.

Fred Lewis is pretty clearly a Major League quality player. In 1,048 plate appearances in the major leagues since 2006, Lewis has recorded a .277/.355/.420 line, showcasing good plate discipline and slightly below average power. His 109 wRC+ suggests an above average player. 2009 was a down year for Lewis, however, as his ISO dropped from .158 to .132. As a result, his wOBA and wRC dropped to .327 and 98 respectively, the first year in which he has been below average in either statistic. The projection systems see him as slightly above average this year, and ZiPS in particular expects a return to 2008 levels.


Courtesy of Beyond The Boxscore:

Toronto almost definitely isn't going to continue to play as well as they have so far this season, but they continue to show that they're in a better position than many made them out to be a few months ago. For practically nothing, the Blue Jays managed to get their hands on a useful player with some team control left. Toronto GM Alex Anthopoulos has made a pretty good impression so far in his tenure replacing J.P. Ricciardi, and that should continue with nice moves like this.

Both of these pieces discuss the Fred Lewis trade which is tough to do considering we have not actually completed the trade.

According to OOTP11 your Toronto Blue Jays will go 5 - 1 this week coming up including a sweep of KC!
Of note: Shawn Camp was suspended 9 games for initiating an on field disturbance.
For the year: 11 - 8.  1 game behind Tampa Bay for first place.