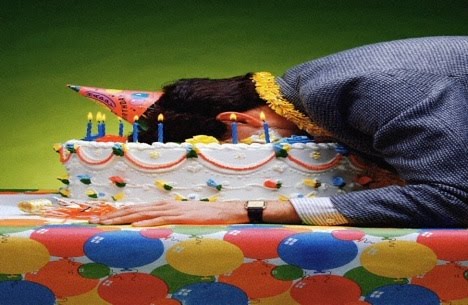 It was my birthday, and as per tradition Last Row 500's and some selected family members head down to The Dome and take in the festivities. Last year Lyle fucking Overbay (of all the Jays) celebrated my day with a walk-off homer. The year before that, well I'm not going to lie to you, I don't have a lot of first hand recall of the events past the 4th inning. I know it was Purcey's first Major League start and I think a Barajas home run was in the time line of events but short of that, it's a little fuzzy.

Anywho, this years version of the annual Last Row 500's birthday Jays game went like this:

The Good: Ricky Romero was dealing. 8 IP, 5 H, 6 K's 1 ER 2BB.  Fred Lewis showed some spark ripping a double down the RF line and subsequently stealing third on a great heads up play. Adam Lind's 9th inning solo home run that landed deep into the 200's in RF. The symmetrical opposite of where my seats were. (I'll get that home run ball yet)

The Ugly: Only 7 of the Jays' 31 Plate Appearances went deeper than 4 pitches. 7!!! Angels pitcher Ervin Santana began the 8th inning with a pitch count in the mid 80's. As referenced to above, Santana was attacking the strike zone early and often. Many of the Jays hitters opened at-bats with 0-1 and 0-2 counts, when they weren't swinging at the first pitch. Overbay's error in the 9th inning led to an unearned run for Downs, an all but sealed the outcome for the Halos. From where I was sitting, despite support from his Manager and his teammates, Overbay's lack of production on offense, appeared to assist him in the miscue defensively. The normally very sure handed 1st baseman appeared tentative and rushed and was apparently channeling Bill Buckner on the play. Rogers Centre fans were merciless on the newest member of the goat club.