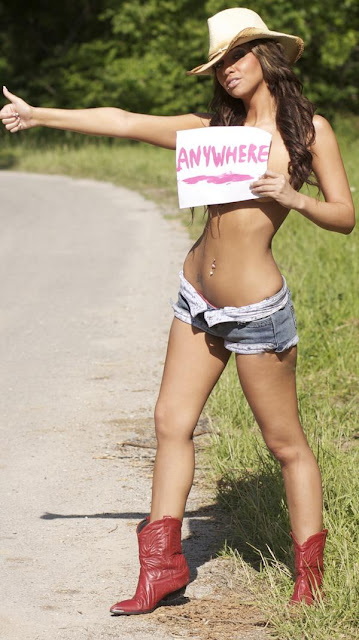 Please consider this your required reading for the week.

JAYS TRIM ROSTER: Early on Sunday morning, the Blue Jays parted ways with Joey Gathright, releasing the veteran outfielder. Gathright was hitting .167 this spring and said on Saturday that he was willing to accept a Minor League assignment.
"You kind of expect something bad to happen, but not this," Gathright said "But, I can understand where the team is coming from. I had a very, very bad spring hitting wise. You've got to do what you've got to do. A lot of guys are having good springs, so you've got to give those guys opportunity."
Anthopoulos said it did not seem fair to Gathright to send him to Triple-A, considering a few other outfielders had passed him on the organizational depth chart. The GM said Gathright would've been fourth or fifth in line for a potential promotion. Beyond Gathright and Emaus, the Jays also reassigned outfielder Chris Lubanski to Minor League camp.
The Jays now have 33 players remaining in camp. Eight cuts to go.

There are only three days left to get your vote in for the first ever 25 Man Roster Challenge.  You can find our picks in the right hand margin at the top.  I think it's fair to say that none of us saw this one coming as we all had Gathright on our lists.....

One way or another, the Jays will turn Frasor and Downs into younger pieces as they continue rebuilding. The team’s look is changing rapidly; by this time next season, Brett Wallace could be at first base, Adeinis Hechevarria at shortstop, J.P. Arencibia at catcher.
Wallace was part of the four-team Roy Halladay trade. Hechevarria is a highly regarded Cuban defector. Arencibia, the team’s first-round pick in 2007, is coming off a big spring.
The idea is to keep adding quality young parts. The Jays, if they trade Frasor and Downs, will not settle for fringe prospects in return.

Kenny getting paid to state the obvious.  Jason Frasor was named the closer this week.  Got him for a buck in my AL only fantasy league and just picked him up off the waiver wire in a mixed roto league!  Hope he gets Team BALCO a few saves before he is traded.

Shawn Camp has picked up a change-up to go with his fastball and slider combination. Camp did more than pick the pitch up; he threw it over 30% of the time in 2009. That story is eerily similar to Brandon League’s 2009. Although unlike League, Camp’s fastball doesn’t touch 94 MPH in a hurricane. Instead it sits around 88, and Camp relies on mixing speeds more than the baker man. Camp actually worked in higher leveraged situations on average than League did last season while missing a career high percentage of bats. What makes Camp intriguing besides his (presumably) lower trade return and modest salary just over a million dollars? He’s a groundball machine (56% career) and devours righties (career 3.05 K/BB ratio against them). Any pitcher who can survive in the American League East is worthy of a look-see, and a transition into the American or National League Central would almost certainly improve his numbers, albeit on a marginal level.

Shawn Camp is in a key figure in the 12 Man Pitching Staff Battle Royal.  My view is he gets a job in the bullpen for a few reasons:

Courtesy of The Detroit News:

Casey Fien said. "This game can be cruel sometimes. Nobody gave me any answers. I asked the Jays why and they told me I was a liability.  A liability? I haven't thrown to a hitter all spring. It's been like a twilight zone, a nightmare. Nobody gave me a chance. That's the first time I'd ever thought of quitting baseball."

Interesting quote.  Wonder who said it to him?

2. His real name is Clarence Gaston, and it's actually how the name appears on his early baseball cards. He took the name "Cito" because he was a fan of a lucha libre wrestler with that name while growing up in Corpus Christi, Texas.

Our lame duck field manager took the name of a fucking Mexican wrestler?  Wow.  Just wow.  Nice to see fellow Blue Jays blogger Ghost Runner on First getting a shout out at the bottom of this post.  Drew and the boys are rock solid.

Roy Halladay could always draw a crowd. Halladay and the Philadelphia Phillies are scheduled to be at the Rogers Centre for a three-game series June 25-27, but Major League Baseball is looking at re-arranging the schedule — a day-night doubleheader perhaps — according to industry sources.
It’s not that Halladay will bring a legion of fans to the Rogers Centre as the Jays plan to honour him, but rather a conflict with the annual G-20 Summit set for the same weekend.
While the summit attracts presidents and prime ministers from around the world, it also attracts protestors and heightened security. The nearby (Metro) Toronto Convention Centre is hosting the event.
The teams could play a day-night doubleheader on Saturday and allow the Phillies to leave early, or the three-game series and the one before it could be pushed ahead a day.
The St. Louis Cardinals, who visit Toronto on June 22-24, and the Cleveland Indians, who are in Philadelphia the same dates, could play a day early. All four clubs have June 21 off.

The much anticipated weekend series is entering full blown clusterfuck status.  As mentioned in the weekly round up two weeks ago, we got a double dip coming our way!  I have ordered tickets for all three games and can't wait to see how this thing is going to work itself out.  I spoke to an old colleague, who works in the MTCC, and he informed me that the G20 will be taking place in the south building.  The entrance to that building is off Bremner Blvd and the bulk of the meetings will take place 300 or so feet below ground level.
Posted by The Man With The Golden Arm at 4:53 PM