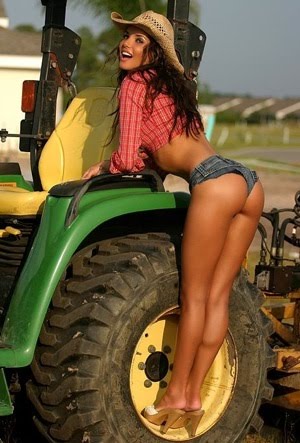 Consider this your required reading for this week.  We are actually going to televise all 162 Blue Jays games this year!  Keeping in mind the team is owned by a fucking cable company and has been for about the last 10 years.....you would think this really should be a given at this point.  There is one catch of course, Sportsnet Extra will carry an undisclosed number of the games.  If Sportsnet Extra doesn't ring a bell, not to worry, it's because it does not currently exist.

No quotes this week.  Whatever.  I have been playing some serious Road to the Show action.  My player, The FIST, has made it all the way to the Majors in his second season as a 19 year old switch hitting shortstop / catcher.  If any of you are half as addicted as I am, my ID is: PHATSMITS.  Send me an invite.

“We’re going to go deep — 10 to 14 rounds deep (in our draft preparation), not just the first two rounds like a lot of clubs are forced to do.” Anthopoulos said.

This years amateur draft will be the date when I begin to formulate an opinion on our new GM.  Till then, he gets a pass due to the current state of the organization.  It will be interesting to see how many of our picks he is able to sign.


Courtesy of Morgan Campbell @ The Star

“This is the first time I’ve actually in spring training with the opportunity to actually start at a position,” said Gathright, who has played for six organizations. “If I can do that I can go out and show people that I can play this game and get past that YouTube video…I want to be known for other things than just that.”

Sorry Joey.  Until you actually hit your weight, you will always be remembered for this:


Courtesy of You Don't Know Dick Griffin @ The Star

The following considered listing of what the Jays' 40-man roster would look like was compiled from among players either invited to major-league camp, or prospects that are included among the organization's Top 30 in the terrific 2010 Baseball America Prospect Handbook, now in stores.

Wow.  Just wow.  This guy actually gets paid to write this stuff.  As always, the comments section is loaded with people questioning his logic and facts. 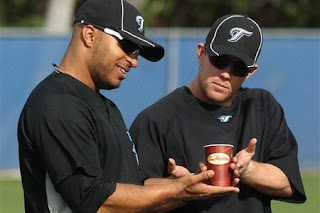 Nice to see the "team leaders" were able to get past their differences.  Check out this interview:

Some of that is rooted into the clarity with which each player has been able to do his job, thanks to personalized meetings they had with Anthopoulos, assistant GM Tony LaCava, manager Cito Gaston, and either hitting coach Dwayne Murphy or pitching coach Bruce Walton.
The goal of the 4-on-1 chats simply was, according to Anthopoulos, to “connect with players more, get everyone in a better mental state of mind.”
“We sat down with every single player in camp to give them a lay of the land, talk to them about what their opportunity was, what are expectations were of them,” he continued during an interview from Dunedin, Fla. “We wanted them to hear it from our mouth so that when decisions were made about lineups or playing time, they weren't blindsided by it.”

Interesting policy change.  Probably wouldn't have been necessary if we had a field manager that wasn't a complete jack ass and his players actually respected him.

According to an industry source Hechavarria is close to signing a $10 million deal with the Blue Jays because he didn’t envision himself playing short for the Yankees.
Hechavarria, 21, was leery of Derek Jeter’s impending extension that will keep him at short for the foreseeable future.

Can't imagine why anyone would want to leave that beautiful island.....

Complete this sentence: I am the only player in Major League Baseball…


Solid interview with bullpen lock Scott Downs.  Seems he likes the chocolate.  The dark chocolate.  Me too, Scott.  Me too.

I will leave you with this bit of useful info.  I was speaking to a ticket representative recently and he let it slip that:  Your Toronto Blue Jays will be playing a scheduled double header at the SkyDome this year.  Due to the clusterfuck that is the G20 Summit, word is the boys of summer will not be allowed to play both games on the June 26, 27 weekend as scheduled.  The Friday night game, which by my calculations, will be Doc's return is not effected.  The Saturday and Sunday games will be played as a double dip!  No word yet which day but if I had to guess, I think it will be Sunday.