J.P. fucking Ricciardi.  How did it take this long for your number to get called for this monthly trashing?  Nothing short of a miracle.  Even Paul Beeston, one of the nicest men I have ever had the pleasure of meeting, couldn't hold back.  Listen to this interview and fast forward to 11:26.

He then goes on to rip his former owners, IN THE SAME ARTICLE.  I called the author out on it in the comments section. ;)

“I’m not saying you have to have money to be successful, but if you don’t have money you’d better be willing to go seven or eight years of bad baseball before you start seeing the fruits of those No. 1 picks getting up to the majors. I’d go into another job with my eyes a lot more open and probably do a little more homework on who the ownership group is and what their expectations were because that’s what ultimately controls everything.”

I guess he has blocked out the fact that he was given the money required to do these moves.....

Courtesy of These's No "I" in Blog:

B.J. Ryan (five years/$47 mil/two years missed to injury), Alex Rios (seven years/$69.835M), and Vernon Wells (seven years/$126M) were all signed to risky, back-loaded contracts by Ricciardi, and none of the three worked out. Nor was he able to draft or mine the bargain bins well enough to find talent for cheap, which would offset the poor Free Agent contracts.

Ownership, however, cut payroll last season from a planned $100 million to $66 million and the team won only 75 games after a very strong start. 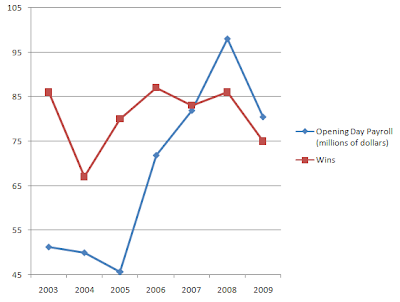 J.P. was most proud of his trades for Troy Glaus, Ted Lilly and Shea Hillenbrand, and his drafting and developing of Aaron Hill and Adam Lind, both of whom hit 35 homers and drove in more than 100 runs last year, and Ricky Romero, who won 13 games as a rookie.

He seems to have also blocked out the Chris Carpenter clusterfuck, selling Raul Mondesi for a guy who pitched a little over 2 innings in the major leagues and the Carlos Delgado non arbitration offer fiasco.  Let's not even talk about the way he handle the Halladay trade.  I think we can all agree he wasn't very good to the "star" players.

By constantly drafting college level players like Russ Adams, J.P. neglected the minor league system for to long.  When he was fired we had one of the worst rated farm systems in baseball.  Finally in 2006 he strayed from his rule by selecting Travis Snider in the first round out of high school and look how he is turning out.  A young high ceiling guy, exactly what we need to compete in this ultra competitive division.

“As soon as a trade is made,” Ricciardi said, “there are 50,000 people blogging about how the general manager did a bad job, and they don’t understand what he was up against from a standpoint of what the ownership wanted to do, what kind of money he had to work with, how he was putting his team together based on a four- or five-year deal, what the player wanted.”

Apparently, a handful of Major League Baseball teams offered J.P. a job after the Toronto Blue Jays mercifully fired him last fall as their general manager, but he wasn’t interested. 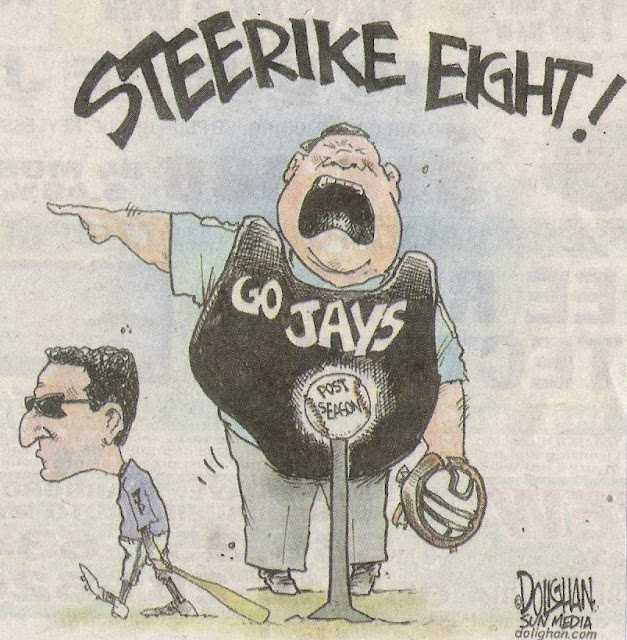 Ricciardi will be paid by the Blue Jays through 2010, so he wanted to take this season off after spending the last eight trying unsuccessfully to overtake the Red Sox and Yankees in the AL East.  Besides doing the broadcasting gig for ESPN, the year away from MLB will give him the chance to help coach his sons, Dante, 13, and Mariano, 11, on their Worcester Heat AAU baseball team.


My man Silky Johnson wanted to say a few things.  Take it away Silk: 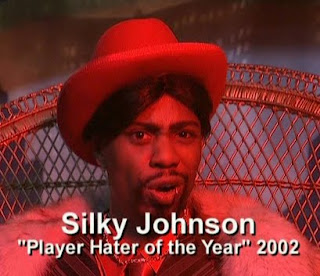 "Here's a fact about J.P. you may not know, his wife wears underwear with dick holes in them."
Posted by The Man With The Golden Arm at 12:12 AM