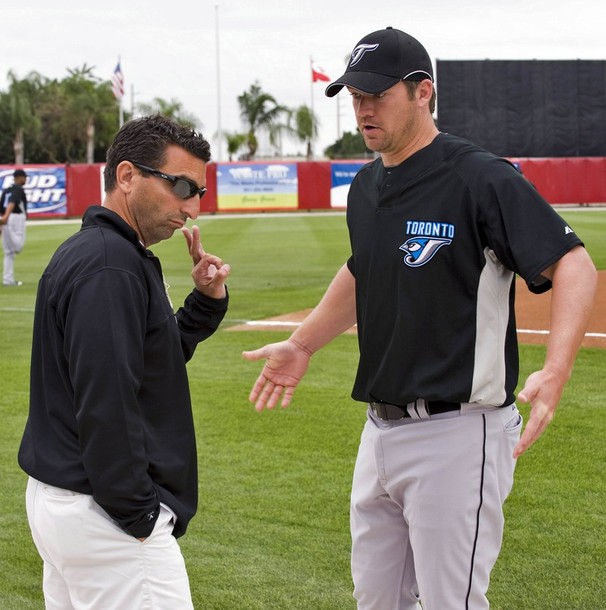 Former Blue Jays General Manager J.P. Ricciardi has joined ESPN's Baseball Tonight as an analyst and will make his debut in March.

"I'm really excited about joining the ESPN Baseball Tonight family," Ricciardi said in a statement. "I look forward to sharing my perspective of the game, which has many layers and has been built over the years through my various roles."

Check out the comments on the official release by the fans.

I can sum up all you need to know about J.P. in one quote:
"It's not a lie if we know the truth."
He made this comment after being caught making up a back injury story to cover pitcher B.J. Ryan's arm troubles in spring training.  B.J. ended up needing Tommy John surgery on his elbow and never regained his form.  In fact, we are still on the hook for the final year of that contract.  Price tag: $10,000,000

He joins his former assistant Keith Law who has been at ESPN since he quit working for J.P.  They didn't end their business relationship on good terms and after KLaw broke a false Vernon Wells story, J.P. had this to say:
"He’s become a writer. It doesn’t take long. Keith Law is officially an idiot.”

These two guys are going to make staff functions at ESPN a tad AWKWARD.

I can't wait till he is part of the broadcast for either the Washington Nationals or the Kansas City Royals.  He had some controversial things to say about some of their current players while he was the GM of your Toronto Blue Jays.

On pitcher Gil Meche, who chose lowly Kansas City rather than sign with the Jays: "When a guy talks about coming to our place where he has a chance to win and compete against the Yankees and Red Sox, and then he goes to a place like Kansas City, that's an eye-opener."

Buddy Bell, the Royals' manager at the time, shot right back: "Every time I hear this guy talk, all he's doing is whining."

I wonder why he choose this route and what other offers he had on the table?  I'm sure he will let us know eventually but no doubt it will be a lie.....and WE know the truth about you J.P.
Posted by The Man With The Golden Arm at 2:26 AM