The Hawk flys solo into the Hall 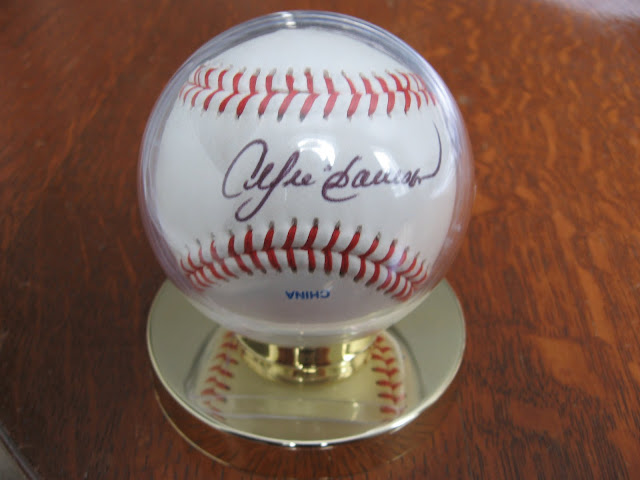 Andre Dawson has been inducted into The Baseball Hall of Fame in Cooperstown.  The ceremony is scheduled to take place on July 25th.  This is great news for me, as I am the proud owner of an autographed ball bearing his name as well as a certificate of authenticity.  If you want one for yourself, The Canadian Baseball Hall of Fame has about a dozen on sale for $65.  You can contact them at: baseball@baseballhalloffame.ca of by calling 1-877-250-2255.  I hope he goes in as an Expo. 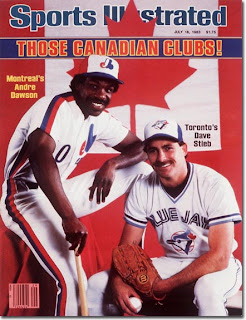 Pitcher Bert Blyleven got shafted.  He missed being inducted by a slim margin of fives votes.  Of the 539 ballots submitted, five were left blank.  He only has 2 years of eligibility left.  He's gotta be pissed.

Our boy catch the taste Robbie received 73.7% of the vote, needing only 75% to get in.  It was the closest time a first-year candidate ever came in history without being elected.  He is a lock.  I have a great Alomar story to tell, but it is certainly worthy of it's own post.  Look for that in the future.

Doughboy has agreed to a contract with the Atlanta Braves for the 2010 season.  I hope the "utilityman" stayed away from his regular off season diet of donuts and pork grinds because he has to pass a physical before the deal becomes official.  If you can believe it, they are planning to use the World Series good luck charm at first base in a possible platoon with another former Blue Jay Troy Glaus.  Unfortunatley, the Braves are not scheduled to be in town next season so I won't be able to use my sign.  Let's all hope he gets traded back to the AL at the deadline to a team in the race.  Wouldn't it be wild if that was us or the Orioles?  No chance but history is on our side.....
Posted by The Man With The Golden Arm at 3:56 PM

Labels: Catch the taste Robbie, FU Hinske, The Best Toronto Blue Jay to ever wear the uniform, The Hawk