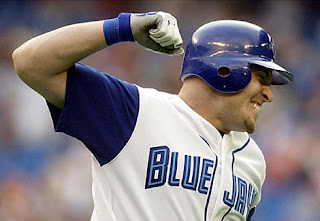 Eric Hinske AND cash was traded August 17, 2006 to the Boston Red Sucks for a player to be named later OR cash considerations.

Personally, I'm still waiting for the player to be named later.....Officially, he was listed as purchased.

Think about that for a second.  We gave him away with cash.  They give us an undisclosed amount of the cash back.  So we just gave him away then.

And he got one of these: 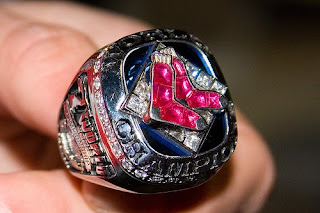 And he's due another one at the start of this year for his efforts in the 2009 World Series.  Fuck me.

Posted by The Man With The Golden Arm at 3:24 PM