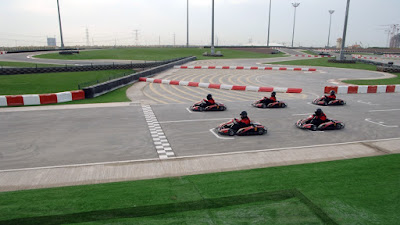 When we think back to how this thing began, and then to what it has come to be now, we are quite proud. In the first year of this blog, we were scrambling every damn day to post something about our beloved Toronto Blue Jays. It totally sucked. But out of desperation comes the occasional hint of brilliance, and the 25 Man Roster Challenge was born. In it's early form, only the four contributors to the site were invited to submit a ballot, and they each had to do an individual post on their ballot. Content is king, baby!

Who can forget the 2013 edition and it's stupid close finish? I mean, 0.001% close. From that challenge the modified tiebreaker was adopted as the gold standard, and it's still in use today.

In the 5th annual challenge, a writer who is in the Baseball Hall of Fame in Cooperstown tossed in a ballot and we got the feeling this thing had begun to have some reach.

How about the Jay Bruce gong show? I mean, Kenny dropped a bombshell with just over two hours until the deadline. Literally ten minutes after the deadline, the rumour was shot down and the deal was dead.

But enough reminiscing. Onto the fast facts about this year's 25 Man Roster Challenge:


MOST IMPORTANTLY: We believe we have actually found a way to roll out this monster challenge in an efficient way.

This is a list of the players that all contestants selected to make the opening day roster:

Here is a list of the players that only one single contestant selected to make the roster:

That's completely rando. We love it! Unfortunately, one guy has already signed with somebody else. It might be over before it has even begun.....


And, finally, the teams and tiebreakers, which is a guess of what the spring training record will end at in late March. Click on the link above to see the full ballots if you're interested.

Many thanks and good luck to all who joined in!

@ccharles9900
No tiebreaker
No tiebreaker? Rookie move.
Team Unknown
18-10-1
If this team wins I don't even know who you are.

@gregorMLB
15-17
Shout out to the lead beat writer for joining in once again.

Team BJH
20-12
A retweet on the eve of the deadline from the Blue Jay Hunter is a powerful thing. Much obliged.

John Axford is close to a deal to return to his hometown Toronto Blue Jays, which is where he’s said he wanted to be
— Jon Heyman (@JonHeyman) February 14, 2019

@Minor_Leaguer
17-14-1
Threw a dart with the Jennings selection. Criticize it all you want, but that's how you win this damn thing.
@MLBDepthcharts
19-14
Could be the best website in the history of ever.
@ohkstan
17-15
Very much enjoyed the follow-up chat on the merits of keeping Pompey for a week.
Team Barss
17-14
Posted by The Man With The Golden Arm at 6:45 PM