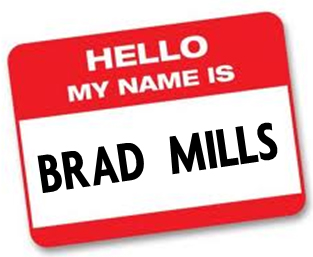 When pitchers and catchers report to camp in 4 days I'm thinking that LHP Brad Mills will probably need to be wearing a name tag. It would seem that Millsy has been passed on the starting pitcher depth chart. New field manager John Farrell didn't even mention him as a candidate for the open two spots in the rotation. Ouch.

Let's look at what we know:

- Brad Mills has 1 option year left. Meaning he can be sent down to Vegas for this year but looking forward, he needs to be on the MLB roster in 2012.

- His change up is clearly his best pitch. Batters swing at it about half the time and they miss it about 17% of the time.

- J.P. Ricciardi drafted him twice. In the 22nd round of the 2006 draft and then in the 4th round of the 2007 draft. The player must give consent in order for this to happen.

- J.P. already pooched one of his former draft picks - Brad Emaus - in the Rule 5 draft.

If Brad Mills is to be traded, based on his pitch repertoire and velo, he probably would be better suited in the NL. He does have some MLB experience and is a young, controllable left handed starting pitcher. I have to think that the receiving team would prefer to get him when he still has that option year left.

If I was in charge I would call The Mets division rivals and let it be known we are thinking of moving Mills. Then sit back and wait for the news to filter it's way to J.P.

I'm not sure how much value Brad Mills actually has - right now - but I'll venture a guess and say that it will never be higher.
Posted by The Man With The Golden Arm at 1:47 PM