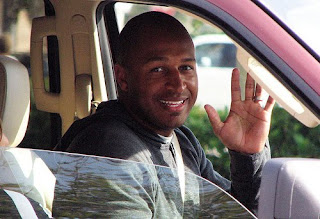 Hat tip to Chris Creamer's Blog for the pic.

So what the fuck are we going to do with Vernon Wells III?


We drafted him 5th overall in the first round of the 1999 draft.  He once won three consecutive gold gloves for his defense and a silver slugger for his hitting.  He ranks fourth in home runs on the all-time career list with the team and should move into second sometime this year.  He is a former All Star.  He had the most hits in the AL in 2003.  He is our clubhouse leader.  He is the team player association representative. He has his own foundation which is dedicated to supporting and protecting children in need.  He is our longest serving active player with 1236 games.  We have grown up with him.  I once waited in line for three hours to get his autograph and was fucking happy to do it.  And he's got a shit load on money coming his way.  I mean a fucking truck load.  He is scheduled to make $107 million in the five years.  Check this out.....miracles really can happen:

For the sake of comparison: Here are the other players in MLB making 20+ million next season.

For the sake of reference: Rogers paid 25 million FOR THE ENTIRE FUCKING STADIUM.

Where I'm from we have a phrase to describe what I'm feeling right now..... 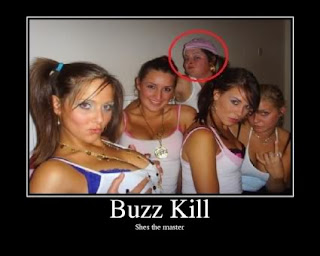 You say: It was a sub par year.  I have a gut feeling he will bounce back.  It was just one bad year, that's all.  He showed a lot of heart playing through pain.

I want to believe you.

I say: In the interest of being thorough let's look at his three year average.   Just so happens to be the same three years since Vernon inked his monster deal.  This is, GULP, how do I put this.....concerning?


So how much of a down year was it?  Fuck, he had over 75 extra at bats and the only stat line he showed improvement in worth noting was stolen bases? Fucking stolen bases?  The extra AB's actually HURT his average.  Think about that for a minute.  Is this about what we should come to expect from V-Dub in terms of production?  Has he peaked offensively?

I really hate to put my foot on a man's throat when he is down but hey.....why the fuck not, what else I am I doing?  It actually gets worse.

In 2007 he underwent major left shoulder surgery in the off season.  His prognosis was he should be ready for spring training.

In 2008 he missed about 2 months of time on the DL with hamstring and left wrist surgery.

Last month he underwent "successful" surgery on his left wrist.  Again.  His prognosis is he should be ready for spring training. 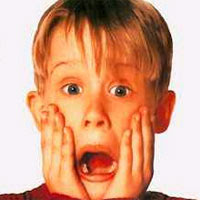 As a fan, I want my players to play as good as they can. I want the manager to put them in a spot in the line up where they have the best chance to use their skills and succeed. I want us to root for them no matter what, no matter how bad it seems.

It's downright sad watching this fat, bald guy try to patrol center field still.....let alone hit.  He has turned into a "guess" hitter.  He is breaking down physically.  He doesn't walk.  He swings at far to many pitchers pitches.  He NEEDS protection in the line up to be successful.  He won't get that hitting 5th, 6th or 7th in 2010 which is where Cito will choose to put him.

Yeah I said it again.

I guarantee we can't trade him even if he waived his no trade clause, we ate salary and he has a climb in production.  He is getting killed at home by us fans. I'm guilty of it, so are you.

The only silver lining for all you positive thinkers out there is this: He has the option to opt out of his contract after the 2011 season.  Since we are stuck with him until then, we need a plan.  We need to decide together.  I vote for making his life a living hell.  It will make me feel better.  Fuck him.  Fuck his family.  Fuck his pussy American Eskimo dog Lacee.  Fuck his man crush Michael Young.  Fuck yo couch Vernon.  Fuck JP for signing him.  Fuck Godfrey for taking it to ownership. And finally fucking fuck Ted Rogers for giving it the thumbs up.  Given that long list there shouldn't be any shortage of targets that we can direct our rage filled voices towards but unfortunately for Vernon, he is literally the only villain left still employed with your Toronto Blue Jays.

I propose initiating: Operation Opt Out

Do what you have to do. Get this stiff outta here. We have two full years to get it done.  Look on the bright side: I graduated college in less time. We have to make it so bad that he walks away from 63 million dollars. Not likely. So let's get right to it.  Consider this article a head start on step 1 of How to: Heckle.  I'm sharpening my pitchfork.

I will give all you non believers a free pass for the entire 2010 season.  I didn't want to believe it either and I still hope to be proven wrong.

But if he doesn't pick it up drastically, I expect you same people to return to earth, face the facts and join me with Operation Opt Out come 2011.  I will be keeping a seat warm for you.

Posted by The Man With The Golden Arm at 7:22 PM