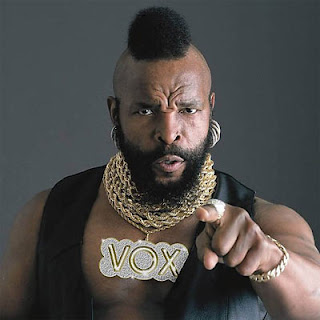 First off, my apologies to the rest of the gang at 1bluejaysway.....my first post is not statistics laden, or overly analytical, but figured this would be a good stepping point. The statement of "we demand more" really strikes me. Inspired me to contribute here. We, the fans, do deserve better and should demand more. Not because we buy tickets and pay their salaries and all that other bullshit, but because we care, because the Jays are our outlet for civic pride and all that other jibba jabba.
I started this off by starting to write about the exit of Sportsnet play by play man, Ginger Campbell, and how his career seemed to mirror the journey of J.P. and the good ship Blue Jay over the last 5 years, mired in an endless attempt to forge an identity and persue lofty ambitions. I got about three sentences in, and realized that I didn't really give a shit about the play by play booth and it's occupants.
However, in speaking of "lofty ambitions" my mind wandered back to the 2006 home opener versus the Minnesota Twins.

Halladay vs. Santana on the hill. A lineup full of hope. You see, for me, this is when it all started. What is "it" you ask? It's when I realized that our man J.P. has finally added the pieces we needed to start the season off right, and regain our rightful position at the top of the American League East. Funny what hindsight does. Go back, look at that boxscore and you start to see the beginning of what turned out to be some trends. Halladay pitching into the 8th, Wells leaving 6 runners on base, Reeder getting on base 3 times, Adams making an error, and a pre "Tommy John" B.J. Ryan mowing down the 9th inning with two K's.
A guy sitting beside me quipped to me in the top of the 9th, with B.J. running to the mound, "wow, this better not blow up", with the realization of the importance of this game on the 2006 season and the future direction of the team. I think that guy was Nostradamus. Fast forward 4 years. I'll spare you the details. You already know what's taken place. The shitty W-L records, questionable statements by now estranged GM's, the trades, THE TRADE. And well, where are we?
The foundation for the future, version 2.0, will be laid with the 2010 season. I'm heading down to Florida in March to check things out for myself. I'll report in during the time I'm at the games and hopefully, I'll get an interview with Alex Anthopoulos, or Cito Gaston or hell, even Chad the Beer Guy (you have to have been to Dunedin Stadium a.k.a. Knology Park to know who I'm talking about).
In the meantime, chin up Blue Jays fans.....we gotta start somewhere.....again.
Posted by LastRow500's at 1:05 AM