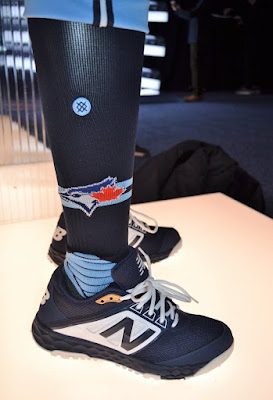 Courtesy of the Blue Jay Hunter

MLB has decided to go with 26-man rosters this season, so I guess we have to as well. I mean, why not up the degree of difficulty? It's not like anyone in the 10 years we've been running this bad boy has nailed the perfect ballot anyways.

Apparently there will be a cap on the number of pitchers that teams are allowed to carry, but, as far as we can tell, there has been nothing official from MLB yet. Hopefully they get around to doing that before the deadline to submit ballots, which is February 12th @ 11:59PM EST, but we kinda want them not to, just to see the chaos that would create for this challenge.


For those that don’t know, The 26-Man Roster Challenge is a super simple game that has but one requirement: Name the 26 baseball players within the Blue Jays organization who will crack the opening day roster.

Sounds easy, right? Well, it really isn’t. If you decide to play, there are 4 ways to submit your ballot:
In the event of a tie—and, at this point, it's pretty much a given that there will be a tie—we ask that you also give us a prediction of what you think the spring training record will be for the boys in baby blue. From what we can see, it appears as though your Toronto Blue Jays will attempt to play 33 spring training games this year. That total includes the two exhibition games against the Skankees at the Big O, but not the split-squad game against the Canadian Junior National Team on March 12.

Try not to forget that sometimes it rains in Florida, and the games don't generally get made up if they are cancelled. There is also a chance that if a game goes to extra innings and one team runs out of pitchers, both teams agree that the game ends in a tie.

It is not a requirement that you select a tie breaker—all ballots containing 26 names on it will be considered valid—but it is a very good idea that you do include one. Over the years, we have had numerous stupid-close finishes, and we actually had to break it right down to winning percentage. We have only had one outright winner in 10 years.

Anthony Alford, Anthony Bass and Breyvic Valera are all out of options and need to head north with the team or risk being lost on waivers. Bass is likely a lock for the bullpen because it appears as though the brain trust forgot about it this off-season. There are plenty of replacement-level guys still available on the market, so selecting a player for your ballot that currently isn’t in the organization is a viable strategy.

Also, isn’t this extra player slot perfect for Alford? Fifth OF type who can play D and run like a scared dear. Just spitballing. Scott Mitchell at TSN did a piece on this topic, as did Keegan Matheson, (sort of) over at MLB if you want to see some early insider takes.

As always, the dreaded minor-league-deal-with-an-invite-to-spring-training needs to be mentioned and considered. A.J. Cole and Ryan Dull probably have a shot at the bullpen, but the rest are pretty yuck. 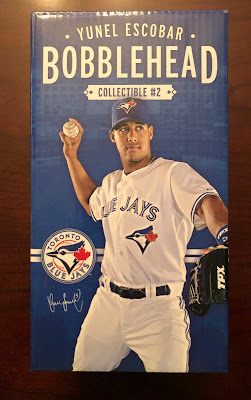 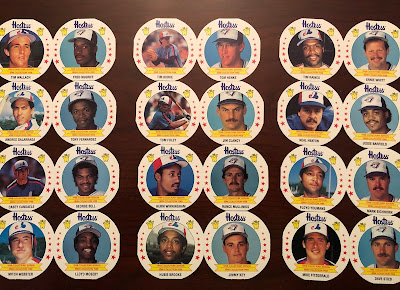 Good luck to all who decide to join in on the fun this year. Please include a team name and a tiebreaker. Do NOT forget the tiebreaker.

Posted by The Man With The Golden Arm at 4:56 PM