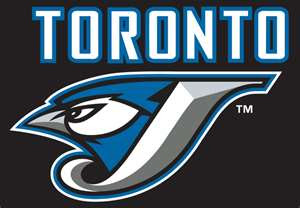 The following entry is a guest post by Ontario resident Craig Ballard. You can read more from Craig on his blog by clicking here.

The 2011 season for YOUR TORONTO BLUE JAYS is here. The time for optimism is now, I understand that. All MLB fans have their favorite teams tied for 1st place in their division, and as a back-up tied for the Wild Card too. For some that optimism/euphoria/excitement will end just as quickly as Jim Halpert's tenure as Manager for Dunder-Mifflin. For others, there will be an unexpected lightning-in-a-bottle season. And for some remaining squads, it will be a season of organizational development. Where do the 2011 Jays look like they will be?

Personally, I see it as a season for development. I mentioned before that I understand the excitement about this time of year, but if you are someone who thinks the Jays will make the playoffs in 2011 then we are just not on the same page. We can surely enjoy the season together, but we have clashing points of view.

I would inquire, "If 2011 was targeted as the year to start making your playoff runs (yes, runs - plural) then why trade Doc? Why trade Marcum? Why let Scott Downs, John Buck, Lyle Overbay go? To a lesser extent why let Kevin Gregg go as well?" Some may say why trade the offensive production Vernon Wells would have given you too? I personally would say that getting out from underneath Wells' contract was a win under any circumstances.

For me the word of 2011 Toronto Blue Jays is Development. But, questions are bountiful. I am watching to see how 23-year-old Kyle Drabek will develop in his first full MLB season. Will Brett Cecil continue to progress? Cecil took a good chunk off of his rookie season ERA in year #2, but a high hits total, and a brutal spring have me in wait-and-see mode for Cecil's 2011 and beyond. Will Brandon Morrow develop the arm strength and stamina to not have to end 2012 early like '10 and '11 (Morrow will be shut down at about 185 innings this season)? Will Morrow build a solid rapport with rookie catcher J.P. Arencibia? Jose Molina is the personal catcher for Morrow currently, but as Arencibia is the catcher of the future, ideally the team and its fans should want those two to develop their chemistry/rhythm as a battery. Will Adam Lind develop into a legit first baseman in terms of production? Will Travis Snider show the skill he has and get his MLB career going?!?!

The Snider inquiry is a big one. I am sure I am not the only one, but I have not given up on Snider. MEGA potential, but at 23 this .248 career hitter has to get it going soon. He has 19 career HR's and he surely needs more than that this season alone (and going forward).

All of the players mentioned will be asked to be major contributors to this organization in 2012 and beyond so as fans we are hoping for their development.

Truly, I believe that AA will have the Jays in perennial playoff contention from 2013 going forward, but if guys use 2011 to accelerate their development then we may see something special as soon as 2012 (as The ENVY say "fingers crossed").

Actually, I feel that way about the entire roster (except perhaps Jose Bautista, due to his recent contract). We have seen that AA wants to have young, high-upside players, with controllable contracts. He has brought Drabek, Lawrie, Anthony Gose, Morrow, and YEScobar into the organization. He traded Marcum and SS Alex Gonzalez when they had their most value. I think AA will make a trade(s) this season that will be along those lines. Selling high to get a return asset that is young, high-upside, controllable contract, looks to be AA's modus operandi.

Of course, speaking of development, we will watch rookie manager John Farrell and his progression, especially his influence on this young pitching staff.

Any way you slice it, the stat of the season for the 2011 Jays is that this is the 23rd season for the Jays in the SkyDome/Rogers Centre. Is it just me or did that shock you too? Does not seem like 23 years to me. Time surely flies.