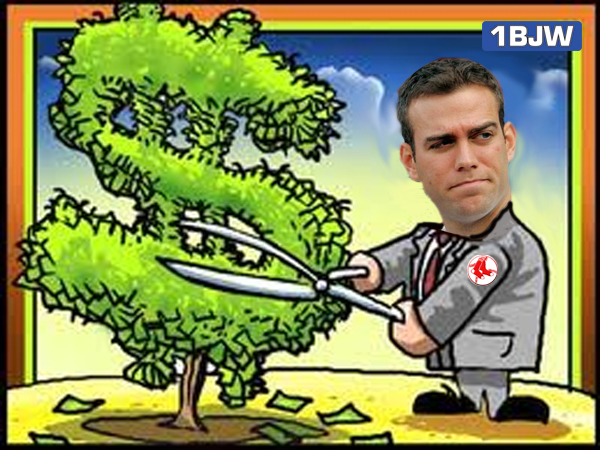 Funny story about this pic. I was saving it to use for the Yankees and Cashman after they signed Lee and whoever the hell else they wanted this offseason. In the span of nearly a week that all changed. A week that had a near $300 million dollar price tag.

As soon as the news that the Crawford deal went down - 7 years $142 million - which was after the on again off again trade for Gonzalez and his rumored extension - 7 years $154 million - I was forced to do the unthinkable.

I asked our graphics guy to change it up to Theo and the Red Sox styles.

Naturally my reaction to the news was, well, I guess you could call it a little extreme. I have subsequently calmed down enough to write about it. Although I must say the fact that the they are going to wait until later to announce the extension as to avoid paying the luxury tax still bothers me. Daily. But it's a smart baseball move and I gotta tip my cap to them for finding a way to manipulate the ONLY FUCKING rule as it pertains to salary spending in all of MLB.

I took a look at Carl Crawford's contract info on Cot's. One of the clauses is worth noting. The Boston Red Sox can block a trade of Carl to one team. Any guess who that may be? Does it even really fucking matter? I'm pretty sure they can block a trade to any team in baseball by just not agreeing to trade him to them.

Why even put that in the contract?

What happens if they do work out a deal with the Yankees for Crawford?

Do they block themselves?

All I gotta say about Adrian Gonzalez is he scares the living shit out of me. Those numbers? In Petco? Jesus. He is going to love hitting in Boston. His current contract may be the best team friendly deal in the modern era. Over the 4 year term, from 2007 - 2010, he:
The Red Sox had some pretty impressive offensive statistics as a team in 2010. They were 1st in total bases, 2nd in runs and home runs, tied for 3rd in on base percentage and tied for 5th in team average. That's for all of baseball not just the AL. I'm not sure why they decided to add here. But add they did. The lineup with the additions of Crawford and Gonzo is projected to score about 5 and a half runs a game.

Posted by The Man With The Golden Arm at 4:04 AM

Labels: I love playing the teams in our division disproportionately to the rest of the league, our free spending fucking divisional rivals