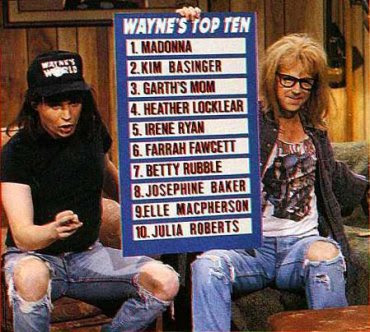 We took a few weeks to ponder the 2010 season and decided to try to come up with a list of the very best events. Do let us know if there is anything you felt we missed and should have been included.

Just for fun, I thought it would be a good idea to include the announced attendance figures for the moments that happened right here on home turf.

I have bashed Cito Gaston for a long, long time. I didn't feel like being there for his grand send off. It didn't seem appropriate. I was and still very much am happy to see him go. That all being said, between the ceremony screw up and the eye black mustaches it was one hell of a game. Ironically, Travis Snider - once labeled uncoachable by Gaston - hit the franchise record breaking 245th team home run for the season.

Thanks for the memories Cito.

But I'm ready for some new ones. 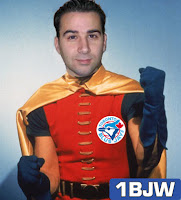 So, the brain trust decided to fill the vacant job of General Manager from within. A young, smooth talking, former assistant GM and Canadian boy was summoned to take the reins and lead us to the promise land. Cautious at first, the fan base began to see "the plan" unfold. A wave of front office hirings, specifically scouting personnel, meant we had more eyes on potential players. Then came the signing of a marginal free agent and flipping him for a talented cast off from another organization, as well as signing our core players to long term and reasonable contracts with team friendly options. He has said many times to compete in this division, we must take calculated risks and try to land as many stars as possible, as opposed to solid baseball people.

Sustainability is the buzz word.

In Alex we trust.

The organization was reeling from what can only be described as a failure in 2009 with respect to the draft. We were not able to come to terms with our supplementary first round pick James Paxton, our second round pick Jake Eliopoulos and our third round pick Jake Barrett. But the silver lining was that we had a whole bunch of extra picks heading into 2010. Boy Wonder had a massive budget - reported to be in the neighborhood of $16 million - and the scouts on the ground required to collect and process the pertinent information on each player we liked. 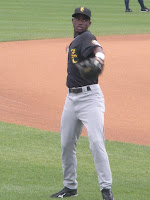 Losing out on Aroldis Chapman was expected. The fact that we were in on him was big time news and sent a message that we were open for business in early January.

Out bidding the Yankees for the services of fellow Cuban Adeiny Hechavarria proved to everyone we were for real.

The Human Rain Delay offers up these thoughts:

The legitimate pursuit of both high profile International Free Agents signaled a major change in managerial philosophy inside the Jays front office. The days of small scale scouting departments under the reign of terror by J.P. Ricciardi are behind us and the idea that there might be talent outside of the US college system has finally found its way into the braintrust's daily operations. The Latin American talent pool is rich and every organization has scouts in the Caribbean and Latin America desperately trying to find players like Chapman and Hechavarria, even if it's just for organizational depth. Boy Wonder has put some serious coin into scouting and as such has baseball people all over the map covering players of all ages and backgrounds.

6: Esco Behind The Back Flip

The Yunel Escobar trade brought a high up-side talent that we got from the Atlanta Braves for a shortstop we picked up via free agency for absolutely nothing. Escobar brings a different dimension to the Jays that has not been here for a quite awhile. An exciting player with an impressive skill set, he can hit for average and power, he takes a walk and works the count. He is able to put down a bunt for not only a base hit but to move a runner across. He is flashy, he makes plays at short that are very difficult and he makes it look routine. The Jays have not had a solid shortstop that could potentially be here for quite some time since, probably Tony Fernandez. This trade showed AA's belief in high upside talent that could be superstars, which contrasts with JP's thought that signable, projectable college talent is the way to go.

The behind the back flip with his glove to Aaron Hill for the force out wowed the city of Toronto's baseball fanbase and showed us that we have a young, talented shortstop with star potential. 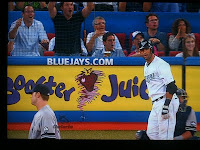 Best game my eyes have seen live in these parts for a long, long time.

One batter away from a no no.

He had the two seam fastball and the slider working all day. He mixed in the odd four seamer at 97MPH and the spike curveball just to keep the opposition off balance. In the end, as dominating a pitching performance as you will ever see.

I took a stab at a recap. Normally a pitcher needs a bit of help from his teammates in order to pull this type of shit off. This time was no different:

He took a no hitter into the 9th inning, losing it only to a opposite field seeing eye single which Aaron Hill was able to get a glove on. Say what you will about the official scoring on that particular play but I thought our boys played like an All Star team defensively yesterday. That catch Vernon made in center, considering the circumstances, was top notch. He sacrificed his body for his pitcher and that kinda stuff goes a long way in solidifying his place as leader of this young team. 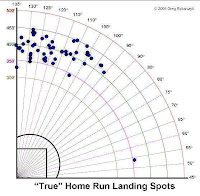 Heading into the 2010 season, Jose Bautista was penciled into the line up as the lead off guy. After 10 games, he was dropped down to the 7 hole. There he stayed for 25 games. He also hit 6th, 5th and clean up briefly. But it wasn't till he occupied the 3 hole, that his magical season really took flight. Unbelievably a guy who had a career high 16 home runs entering the 2010 season, more than tripled that total. The stat heads wasted many hours on their calculators finally concluding he was hitting more fly balls. The non believers and simple minds figured he must be cheating. All the while the Bautista Appreciation Society remained somewhat silent, perhaps themselves unable to explain the power surge. An All Star berth and a curious omission from the home run contest seemed to energize the BAS. How the fuck could the Major League leader in home runs not be asked to represent his league and his team in the home run challenge?

No matter. He took it all in stride and continued his torrid home run pace, finally ending up with an eye popping total of 54.

Much has been said and written about J-Bau this year, all year. Most of it based on disbelief. And rightfully so. After watching this story unfold I Gotta At Least Ask the Question:


How many other career journeyman are out there right now, simply needing the opportunity and the confidence placed in them, that could pull this type of season off?

No fucking shit. This actually happened.

J.P. Arencibia - hitting out of the rookie bitch 9 hole - had a Major League debut that could realistically only be conceived in an alcohol induced coma.

According to our boy Jimmy Triggs, everybody lost their shit that day in the stands:

I was @ the JP debut and it was easily the loudest game I was @ all year. They smashed something like 8 bombs including a monster 2nd deck shot by Lind.

This craziness happened just over a week after the brain trust traded what they had been telling us all year was our first baseman of the future Brett Wallace for OF Anthony Gose, who we were subsequently told was not going to be ready for a while. The fan base was still in shock from that brainfuck of a trade when J.P. goes and does this. Everybody was expecting to see Wallace. What we got was Arencibia.

When you watch enough baseball, eventually you get to see something that truly can't be believed. The kind of event that can only be explained by two words:

This was certainly one of those moments.

I'll send it over to You Don't Know Dick for some required reading.

This is what I was able to come up with at the time in the way of a summary:

In the end, this may end up being the story of the year and I am happy John had an opportunity to spend some time with his father before he passed away. To hit a homerun in his first at bat back in the line up after his death, considering he had 13 in 1911 plate appearances over his 12 season in the Major Leagues, well that is something very special.