Game 124 Recap: Live And In Effect 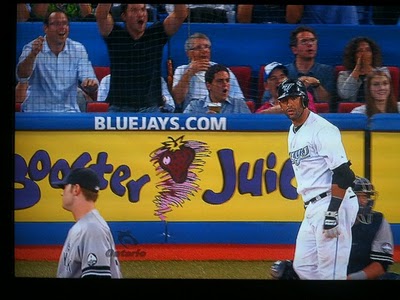 After watching this type of game I have to wonder out loud why more people don't love this game/team. The Skankees come to town in the middle of a race and we draw 29,198? I guess it was a Monday and you must have had something more important to do.....

As mentioned, I took in this game with The Blue Jay Hunter, who may be the biggest Bautista booster of them all. He also has a promising future career as a psychic. We both live in Wellington County so our 5:45pm departure time left little room for error. What we didn't account for was the 2 parking lots we use being full with cars on a Monday. Fucking Yankees fans ruin everything!

Major shout out to John Boon for:
A) living beside the Dome
B) being home
C) for having an empty parking spot in his condo

Without it, we were totally screwed. We arrived a half inning late and got to watch the closest thing to playoff baseball I have seen in these parts in a long, long time. Granted the Evil Empire was shorthanded, playing without AROD and their captain. Fuck em. 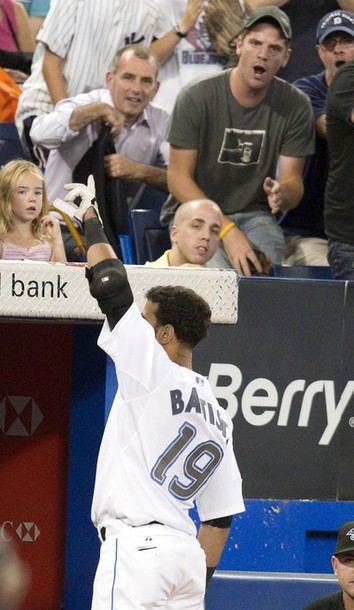 7th Blue Jay in team history to hit 40+ bombs in a season
Photo courtesy of Daylife
Posted by The Man With The Golden Arm at 1:31 PM