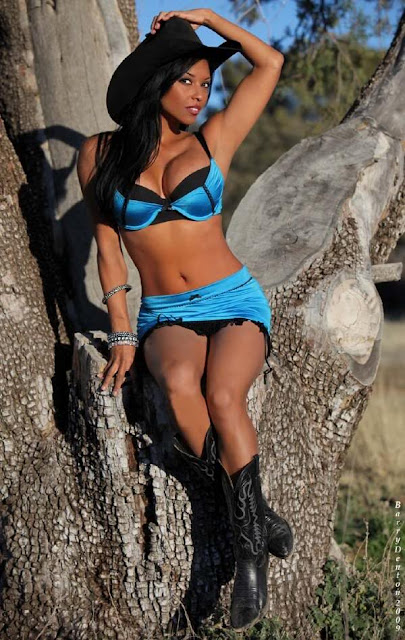 TOP OF HIS GAME

Not much left for him to prove in AAA with the stick.

First of all, I have to admit, that I have seen Arencibia play a few times (mostly in 2009), and I really didn't understand what the hype was all about. I'd seen him close to the top of all sorts of lists ranking the best prospects in the Blue Jays system and I wasn't all that impressed with what I saw. However, he's made all the naysayers look very bad this year. He's posted a very nice triple-slash of .304/.360/.640 with a PCL-leading 31 homeruns, as well as 79 RBIs, and 71 runs scored. The Pacific Coast League is known as being a hitter-friendly environment, but even with adjusted numbers, Arencibia is having a very solid season. Minor League Splits calculates a park-adjusted line of .291/.348/.601 with 28 homeruns. In addition, his propensity to hit the ball in the air (50.5% fly ball rate this season) bodes well for a player with his type of power. Finally, while hitters are generally near .300, his batting average on balls in play (BABIP) sits at .310, meaning he has not necessarily benefitted from a lot of luck as far as balls falling in for hits. In other words, his breakout appears more legitimate, rather than a fluke.

His unreal MLB debut aside, J.P. should be on the Opening Day roster next season.  His bat is ready.  In the next few weeks I hope teams try to run on him a little bit so we can gauge his arm.

It’s a simple question with an obvious answer but it has become a rallying cry for the Blue Jays starters this season.
“That’s been kind of our secret motto of the starters, “Pitch Like A Man,” Brett Cecil, who makes the start Friday to kick off a three-game series against the Tampa Bay Rays, said the other day In New York. “Every time I come in after warming up before I start a game, Shaun (Marcum) comes over and says: ‘Are you going to pitch like a man today?’
“Every time the answer is: ’Yes.’ And we do the same thing to him. He’s the oldest guy on the staff and we can say stuff like that to him.”
The starting rotation has been one of the unexpected strengths of the team since opening day.
In the past 19 games, the Blue Jays starters have forged an 11-4 record and posted a collective 3.26 ERA. Over their past 12 games, the starters have allowed two runs or less nine times.
That, folks, is pitching.
“Every start, somebody says something about it,” Marcum said of the unofficial motto. “I think it loosens us up a little bit and everybody goes out there and tries to pitch like a man, go deep in the game and give the team a chance to win.”

Whatever it is that you boys are doing or need to do.....keep it up!  Our starting rotation has been superb all season and I look forward to seeing them continue to grow together, as a group, in the years ahead.

Evidently, one is led to question where all his power comes from and why Bautista, who only batted .235 with 13 HR and 40 RBI in 113 games last year, has been able to have the season that he is having.
The obvious answer is that he has been given a chance to play every day. With Scott Rolen and Alex Rios leaving the team late last season, Bautista has seen a lot more action, and has moved up in the batting order.
In fact, dating back to Sept. 1, 2009, Bautista leads the majors with 44 home runs, 10 more than the next closest player, Prince Fielder of the Milwaukee Brewers.

April AKA Alleycat17 AKA JaysProspects ventures off into the dying world of print media.  Solid job.

Toronto Blue Jays pitcher Jesse Litsch will undergo season-ending surgery next week to repair a torn labrum in his right hip. Brad Mills has been recalled from Triple-A Las Vegas and will start in Litsch’s spot against Tampa Bay on Saturday.
Litsch told reporters before Friday’s game that he has had hip pain since 2006 but it never bothered him while pitching, only during workouts between starts.
General manager Alex Anthopoulos said Litsch complained about two weeks ago that he was having trouble sleeping and was experiencing groin pain. An MRI was taken Friday, July 30.
Litsch pitched Sunday. The MRI results came back Monday, and were sent on to a hip specialist, Anthopoulos said. The specialist’s report revealing the tear came back Friday and the surgery decision was made immediately.
The expected recovery time is for Litsch’s surgery is four to six months.

I was wondering how long the brain trust was going to keep running him out there every five days to get his head beat in.  I figured Boy Wonder did not want to burn an option year since we have less than two months to go.  This seems like a very convenient way of getting him off the roster.....and I hope he uses the rehab time to get back in shape for spring training. 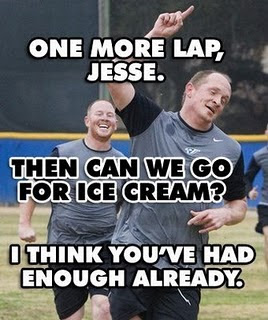 1. Live music
There is nothing like seeing a great band live. My first concert was Poison, when I was in Grade 6. My all-time favourite is Springsteen: I saw him twice at the ACC. If you haven’t been to a Springsteen concert, you haven’t lived.
2. My native cuisine
Obviously, I love Greek food, especially feta and olives. One of my favourite memories is my dad roasting lamb on a spit every Easter. In Toronto, I go to Kalyvia on the Danforth (420 Danforth Ave., 416-463-3333).
3. Raptors games
I love going to basketball games because I get to be a fan and relax, drink a beer, yell. When I’m watching baseball, I’m analyzing and thinking about how this applies to my job.

4. Hair gel
I’m not a big product guy, but I’ve been using KMS California HairPlay for a while—it gives me the kind of spiked look that I like.
5. My workplace memento
The Expos are my home team, and my first baseball job was with them—I started as an intern. When I left in 2003, everyone signed this ball for me.

Those bastards stole our nickname!  Get to know our GM and what makes him tick off the field.

In facing the Yankees on Wednesday afternoon, manager Cito Gaston put out one of his more creative lineups. He had slugging left fielder Travis Snider leading off.
“It’s the first time I’ve batted leadoff since I was 11 playing for the all-stars in Little League,” Snider said before the game. “It came as a little bit of a surprise.
“But any way I can get in there, I’m happy to help.”

Snider batting lead off for the first time since Little League?  I can't wait till we replace our manager with.....

“Cito told me he put my name in to manage, the last time the Jays were in Baltimore,” Samuel said Friday night from Estero, Fla. “Getting someone to back you like Cito means a lot.”
When Buck Showalter first took over as the Orioles manager, Samuel was offered the third-base coaching position he held under former manager Dave Tremblay. Now, he has been named assistant to O’s president Andy MacPhail. Samuel says he has been told MacPhail won’t stand in his way if another job offer arises.
After Saturday’s game against the Tampa Bay Rays, Gaston has 52 games remaining in his managerial career.
“I think I could bring a lot to the table,” said Samuel, 49. “I’m young enough to relate to younger players, but I’m enough of an old-school guy to know a team needs to be fundamentally sound to win close games.”

The story goes on the mention the name Rob Thomson as a potential candidate as well.  Funny, we came up with that idea way back in March.  Check it.

Shawn Hill, 29, has shown a live arm since signing a minor-league deal with Toronto. He made three starts for the Padres last season before undergoing a second Tommy John elbow surgery.
The Ontario native allowed only three singles against the Flying Squirrels, striking out four and walking two. Hill's fastball ranged from 87-91-mph, and he mixed in an 85-mph slider and effective changeup. Hardly average stuff.
Based on his results, Hill may appear ready for the majors, but that's not the case. He's made on six starts this season, working his way up the ladder from the Gulf Coast League. He'll make his next start at Richmond next week.

This guy could be the equivalent of found money in September.  I think he gets a shot at Major League hitters again very soon, especially if we stay in this thing.

The Blue Jays have signed second-round pick Justin Nicolino for $615,000. His bonus surpasses MLB's guideline for the No. 80 choice ($450,000), making him the fourth Toronto draftee to have finalized an above-slot deal.
Nicolino follows second-rounder Kellen Sweeney ($600,000), sixth-rounder Sean Nolin ($175,000) and seventh-rounder Mitchell Taylor ($367,500). The Jays also are believed to have above-slot deals in the works with fifth-rounder Dickie Joe Thon (reportedly more than seven figures) and ninth-rounder Brandon Mims (for third-round money). Toronto has yet to sign first-rounder Deck McGuire, second-rounder Griffin Murphy and fourth-rounder Sam Dyson.

The deadline to sign our picks from this years Amateur draft is August 16th.  Bookmark this link and check it daily for updates.

Posted by The Man With The Golden Arm at 9:46 AM