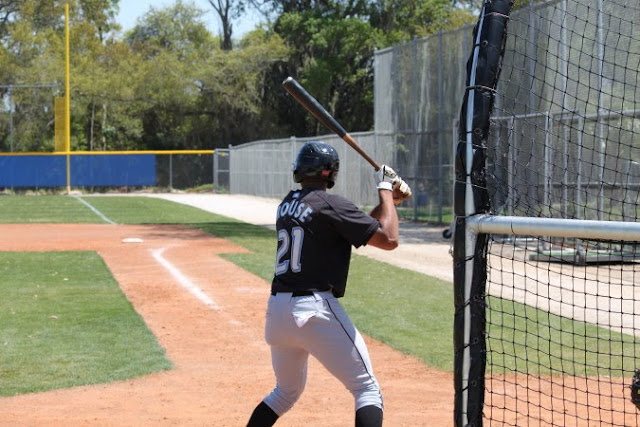 Hat tip to Batter's Box for the pic

LANSING, Mich. – The Lansing Lugnuts, in conjunction with the Toronto Blue Jays, announced Saturday that outfielder Mike Crouse has been received from the GCL Blue Jays (Rookie – Gulf Coast League) while outfielder Chris Hopkins has been promoted to Dunedin (A-Advanced – Florida State League).

The Lugnuts roster comprises 25 active players and three players on the DL.

Heard great things about this young OF.

You can find his stats courtesy of Minor League Splits by clicking here.

Stay tuned for an interview at some point in the not to distance future.
Posted by The Man With The Golden Arm at 3:04 PM