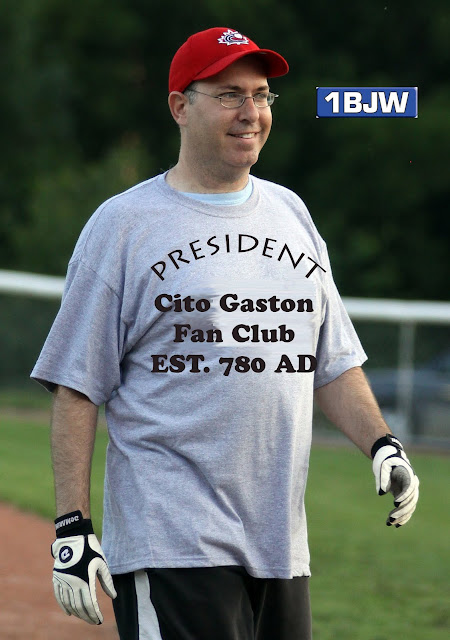 If you haven't notice, let me be extremely clear about this: I have a lot of hate in my heart for Jays Talk host Samuel Wilner.  Like a lot.

So after he let it slip that August 1st was his wedding anniversary with his wife Natalia - who apparently can't jog for shit - I wanted to give him my present since I wasn't invited to the party for some odd reason.  The party that was no doubt catered by his in laws that live in the basement of his Mississauga home.

Can you say: Mail Order Bride? 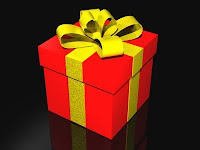 I was able to get my hands on some pictures of Samuel playing a little slopitch not to long back.  He blogged about it and as you can see by this sample, he took it a little bit more serious than he probably should have:

The next time up, I hit a little nubber up the first-base line, hurdled over it as it spun towards the foul line, and got thrown out at first by the pitcher.  But umpire Bruce Hood ruled, in his infinite wisdom, that the ball had gone foul before it was picked up, so I got another chance and managed to deliver a sac fly.  So it was 1-for-1 with a sac fly, two ribbies and one near-miss of a major Miss Canada International dental bill, for a 1.000/.500/3.000 slash line.

I have become one of the players I hate - guys with an OBP that’s lower than their batting average.

Samuel smells extra bases and legs out a "deep" triple into the left field corner: 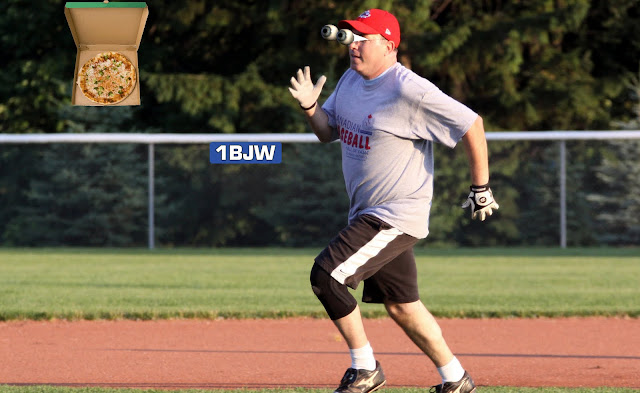 Here he is serving up some meat balls: 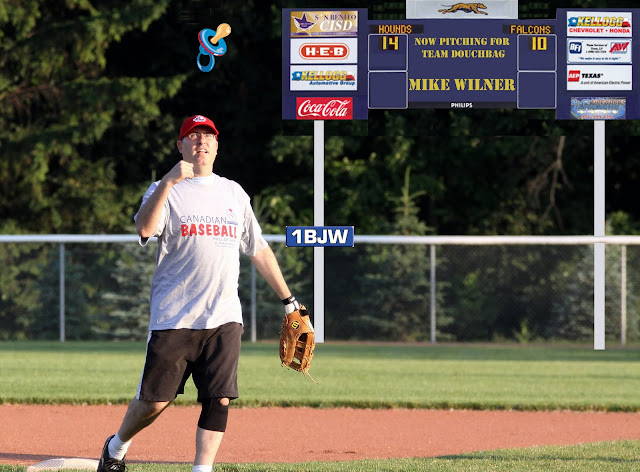 And finally, him taking a well deserved breather: 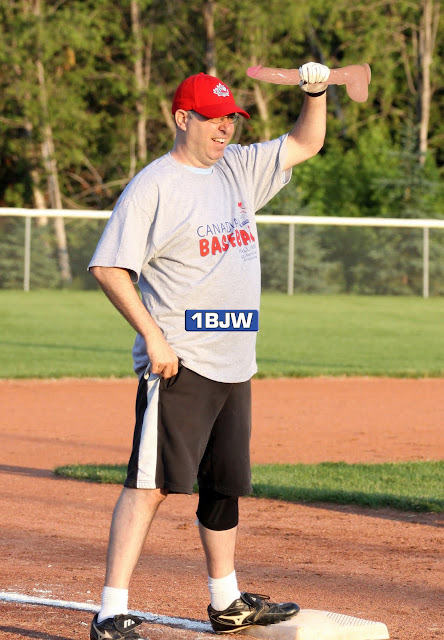 Samuel sounds like a complete and total perfect mash up of angry young guy and stat dork:
Posted by The Man With The Golden Arm at 3:36 AM