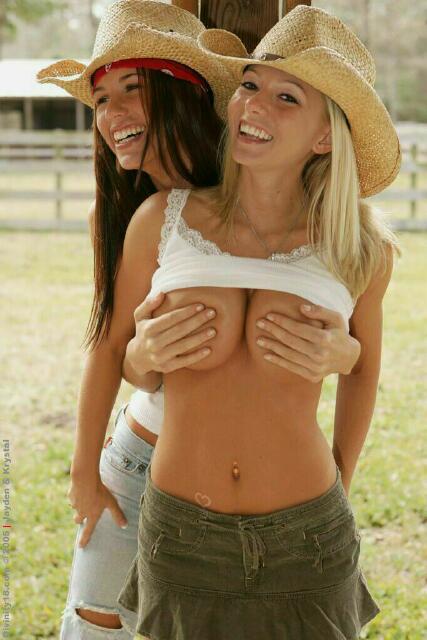 Consider this your required reading for the week.  When King Jordan speaks, you listen.

Blue Jays' rotation out of the All-Star break: Romero, Morrow & Marcum. That's all Cito would provide.

Courtesy of One Royal Way:

Your Toronto Blue Jays are the only team currently residing outside the United States of America. As such, we have an entire country in which we can draw fans from. Unfortunately, Canada is a hockey crazed nation and my beloved Blue Jays have now and always will take a back seat when it comes to interest. The strike of 1994 could not have come at a worse time for us, being the reigning and defending World Series Champions. The fan base was depleted and many never came back.
For those of us who stayed on board, the following years after were in a word: difficult. If you ask any Jays fan, they will tell you that playing in the mighty American League East is a joke. But it is the reality and we must not run and hide from our free spending divisional rivals any longer. There is a new GM in town. Alex Anthopoulos is young, innovative and fearless. After half a season it is has become very clear how he intends on closing the gap. We will draft high upside players, we will draft over slot and we will sign international free agents. Personally, I feel a fire sale coming on at the trade deadline in 2010. I can’t wait to see what he gets back for our free agents to be.
The buzz word for this team moving forward is: sustainability
We will be good soon, may be great someday and hopefully win it all again before I die.
In Alex we trust!

I was asked to do some crossover work for a Royals site.  This is what I felt like talking about.


An example of signing a international free agent.

The Blue Jays have agreed to sign fifth-round pick Dickie Thon for $1.5MM, according to ESPN.com's Keith Law. Now that the Blue Jays have pried Thon away from his commitment to Rice, they have agreed to sign six of their top ten selections, though top pick Deck McGuire remains unsigned.
The Blue Jays won’t likely announce their agreement with Thon until August 16th or so, the deadline for signing draft picks. Otherwise, other draftees would be able to use Thon’s above-slot bonus as leverage. A $1.5MM bonus is mid-first-round money; no fifth-round pick signed for more than $680K last year, according to Baseball America.

An example of drafting a over slot type player.

Exactly three weeks remain until the July 31 trade deadline without waivers.
Not exactly are we seeing hourly updates of a year ago when Roy Halladay was headed anywhere from the Boston Red Sox to the Lanark Red Sox.
Behind the scenes there are Jays names floating through the scouting world, names of players who are available, for other teams’ scouts to watch.
And they’re watching.
Such as right fielder/third baseman Jose Bautista, 29, who leads with the American League with 23 home runs going into the weekend series. Bautista earns $2.4 million US and will be in his final year of salary arbitration in 2011.
“We looked at him and like him some, but we turned him down because we think we can get someone better,” said a veteran major-league scout.

And finally the firesale.  Does everyone agree we are sellers or what?

The Blue Jays have no reason to settle for anything less than a highly-touted prospect. Not only is Downs pitching well, he now ranks as a Type A free agent in the latest Elias rankings. That means the Jays can obtain two high picks in next year's draft if Downs turns down an offer of arbitration to sign elsewhere. We can't assume that the Blue Jays are willing to offer Downs arbitration, but they have just $39MM committed to next year's payroll, so paying Downs $5MM or so in 2011 appears possible under the team's budget.
Essentially, the Blue Jays can't lose as long as Downs stays healthy and continues pitching well enough to maintain his Type A status. Either someone offers a compelling package and the Blue Jays get talent now, or they keep Downs and offer arbitration. If he accepts the offer, the Jays have a quality reliever on a one-year deal. If he declines and signs elsewhere, they have two top picks in next year's draft.

Said it a long time ago.  Hope I was right.


Courtesy of Morgan Campbell @ The Star:

Blue Jays right fielder Travis Snider says his wrist feels fine, and he means it.
And if you don’t believe him, believe the two hard-hit doubles he ripped against the Portland Sea Dogs on Tuesday night in the first game of his rehab assignment with Double-A New Hampshire. The first crashed into the right-field wall to drive home the first run, and the second screamed down the left-field line.
He followed that up with a sharp single in the top of the fifth, and finished 4-for-5 in New Hampshire’s 6-5 win.
“I feel good. I’m seeing the ball well and my timing is clicking,” said Snider, who was hitting .241 with six home runs when he landed on the disabled list.

Help is on the way.  Travis will play everyday, so what do we do with the RF/LF/3B/DH situation?


Courtesy of Kenneth Kidd @ The Star:

When the opposing team is held scoreless, a lot of minor-league clubs reward the pitchers by letting them take batting practice in the ensuing days, something they normally wouldn’t get to do.
As the starting pitcher a few days earlier, Kyle Drabek had done more than simply work in a scoreless game. He’d pitched a no-hitter, the first time any member of the Double-A New Hampshire Fisher Cats had ever done that through a full nine innings.
When it was over, Drabek’s teammates had mobbed him so eagerly he ended up with a bloody nose.
But still, no batting practice.

This was a close second place on the required reading for the week competition.  Must read.

"You keep looking at the scoreboard and keep seeing the zeros," he said. "I was as composed in the seventh and eighth innings as I was when I first started the game, but I got a little nervous in the ninth. The crowd was great with their support, but I was freaking out there a little bit."
The interesting thing that often happens in a no-hit game didn't happen last night. There were no special defensive plays, no one play behind or in front of Drabek that had the potential of spoiling the no-hitter. Every out -- 12 grounders, 11 flies, three strikeouts -- was routine.
Drabek is the son of former National League Cy Young Award winner Doug Drabek. He threw 24 pitches after three innings, 62 after six and finished with 98, was still throwing in the range of 95-97 mph in the ninth inning.
"I didn't care what my pitch count was. I would have fought anyone in that dugout who wanted to pull me out of the game," said Drabek with a grin. "I wanted to finish this one."

Posted by The Man With The Golden Arm at 9:30 PM