Back End of the Pen 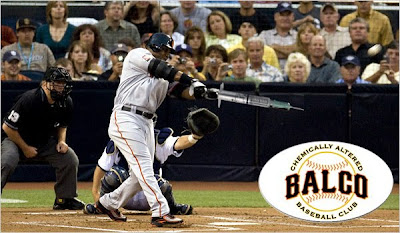 So who gets the saves?

I must start by saying I have a vested interest in this question.  Both of these guys are on my CBS AL only fantasy keeper league team.  But I vow not to let that cloud my judgment.  For the record: I have Jason Frasor for a buck and Scott Downs costs 8.  Today Frasor is owned by 45% of leagues to Downs 33%, not that this means anything.  I will only be keeping one of them for my team.  I do not believe either should be viewed as a long term option for your Toronto Blue Jays going forward.

But let's look at it more closely with respect to present day.  According to Cot's Baseball Contracts Downs who will be 34 before opening day in 2010 is in the final year of his contract scheduled to make $4 million.  Frasor, will turn 33 during the season, has been tendered a contact and made 1.45 million last year.  He will be in line for a raise of a couple hundred thousand.  Both are free agents in 2011 according to mlbtraderumors.  If they both play well enough this year, they may be eligible for compensation based on the Elias rankings.  Most likely a sandwich pick between the first and second round of the draft (Type B) but maybe, just maybe a first rounder and a sandwich (Type A). It must be assumed that whomever wins the closers role the other will set up.

Downs made 2 trips to the DL with toe issues in 2009, which is why he only pitched in 48 games last season.  Frasor had a healthy campaign and appeared in 61 games.  Please note that the Elias ranking are based on the previous two seasons statistics.  As such, an emphasis is put on 2009 numbers not just 2010.

Everything appears to be a push except ERA with Frasor giving up a run and a half more every nine innings.  Over a season this translates to about ten total runs or by my count 3-4 blown saves.  Based on these numbers I conclude that they are effectively the same pitcher.  Obvious difference is Downs is a southpaw and Frasor is a righty.  But since they project to be full inning relievers splits/splits are less relevant.  Based on those numbers, both of them get righties out more anyways?!?!?

Downs should be traded.  Either now as a throw in with Overbay, who is also a free agent at the end 2010,  OR more likely at the July 31st deadline next year to a team in need of a left handed reliever.  I believe he has maximum value at the trade deadline as such we would be dealing him from a position of strength.  Should we need to trade him now in order to sweeten the impending Overbay deal, we would still have at least two other southpaws in the pen for the duration of the season, Tallet aka Wolverine and Carlson, unless of course Cito abuses Jesse again.

Yeah I said it.

My unbiased opinion is we should give the ball to Jason Frasor when the game is on the line.  He is younger, cheaper, more durable and is coming off a better year.  He has the best chance to acceive Type A free agent status and therefore help the ballclub the most going forward.  All this AND it only costs Team BALCO a buck for 30+ saves.

Anyone dare disagree?
Posted by The Man With The Golden Arm at 5:13 PM