These are the players that will most likely be called up in the event of an injury or a trade at the Major League level.  I noted the guys who are on the 40 man roster for a simple reason, they will be the first ones called up.  The other players would have to be added to the 40 man prior to be summoned to the majors.  Subsequently, someone else would have to be removed from the 40 man, most likely via trade, or be placed on the 60 day DL before that could happen.  It's a lot easier for the organization to just call up a guy who is already on the 40 man then deal with the headache.

Look at all that lefthanded pitching!

8 southpaws and 5 righties.  By my count we only have 4 guys in the rotation unless Purcey is allowed to start.  Keep in mind LHP Marc Rzepczynski (15 day), RHP Jesse Litsch (60 day), RHP Scott Richmond (60 day), RHP Dustin McGowan (15 day), RHP Dirk Hayhurst (60 day) and RHP Shawn Hill (minor leagues) are listed as disabled.  These guys are on various timetables in terms of recovery.  Hopefully they will be added to this list whenever they have completed their respective 30 day "rehab assignment".

First call ups for starting pitchers in order are:
Relievers really depend on what the big club needs.  But since we only have one lefty, Scotty Downs, in the bullpen right now, I figure the call ups will look something like this:
Contrary to popular belief, I do not think Brett Wallace will be up with the big club until the rosters are opened up in September, even if/when we trade Lyle Overbay.  Boy Wonder will be very weary of his service time and not want to "start his clock" until he absolutely has to.

I see Brian Dopriak going up whenever the impending Overbay deal finally does happen.  He will be given an opportunity to hit major league pitching.  Unfortunately for him, regardless of the results, he more than likely eventually gets outrighted off the 40 man roster in favour of a pitcher at some point this season.

Jarrett Hoffpauir will also probably see some time in the big leagues this year but I wouldn't run out and buy his jersey just yet.....because if we need an outfielder, Jeremy Reed is the guy and he needs to be added to the 40 man before he can go up.  Raul Chavez and J.P. Arencibia are in the same boat with respect to the catching position.

Look for Hoffpauir to be the first guy outrighted off the 40 man when we eventually need that spot.  Another candidate, although much less likely is Luis Perez.  He is slated to begin the year in New Hampshire.  25 year old left handed pitchers do not tend to make it through waivers.

Aside from Rommie Lewis, who opened some eyes in camp, the rest of the guys on this pitching staff are known as organizational depth and are expendable.  We got them from someone else and we will give them to someone else. But don't feel too bad for them, they still get paid decent money to play the game they love but need to catch a break to get to the bigs. 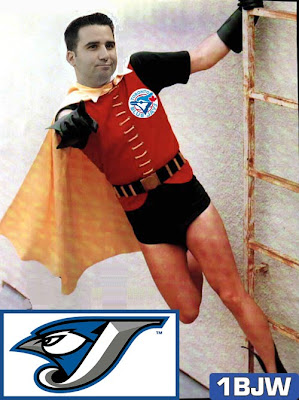 Boy Wonder is going to have some decisions to make when Litsch, Richmond and Hayhurst are ready to pitch due to their status.  I predict trades are going to start being considered in about three months time.  We will be looking for players coming back that do not need to be added to the 40 man roster right away.

How does anybody actually play baseball in Vegas with these types of distractions omnipresent. 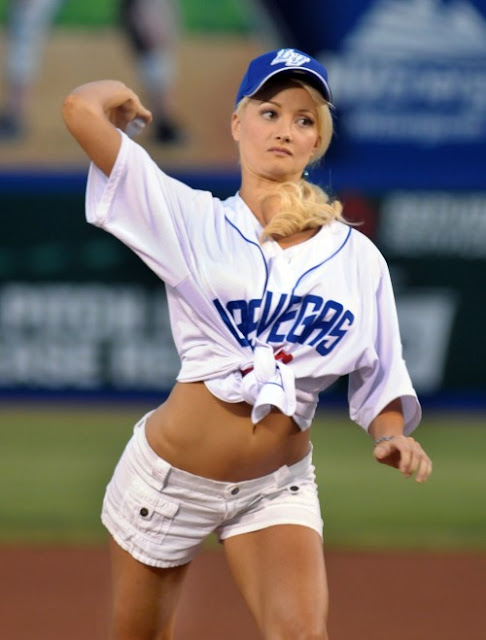 Posted by The Man With The Golden Arm at 3:27 AM