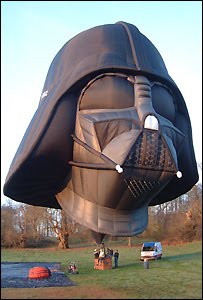 The World Series will have a familiar look in October, according to the Baseball Bloggers Alliance.

For the first time, the membership of the BBA was polled for their preseason predictions, with the New York Yankees and the Philadelphia Phillies being the most common selections for World Series participants.  The Yankees received 36 votes to easily outpace Boston's 18, while the Phillies' 31 votes edged out St. Louis's 24.  The rematch ends the same as last year, with New York being the choice of 20 of the 75 that cast ballots.

Members of the Alliance registered their opinions on a number of things for the coming 2010 season, from divisional standings to award winners.

In the American League, New York, Minnesota and Seattle were chosen as the favorites to win their respective divisions.  Seattle barely edged out Los Angeles and Texas in the tightest divisional race.

Over in the National League, Philadelphia, St. Louis and Los Angeles are considered the favorites.  The Dodgers just edged past Colorado for the top spot in the NL West.

When it comes to postseason hardware, the National League picture looks a lot clearer than the American League.

Even the newly minted Goose Gossage Award was definitive in the National League, with Los Angeles's Jonathan Broxton receiving over double the votes of San Diego's Heath Bell.

The most dominating winner in the American League was New York reliever Mariano Rivera, who is favored to win the inaugural Goose Gossage Award.  Rivera received three and a half times the votes of runners-up Jonathan Paplebon of Boston and Joakim Soria of Kansas City.

The Baseball Bloggers Alliance was formed in 2009 and numbers 147 blogs across baseball, representing every major league team and including numerous general baseball blogs. The official website of the BBA is located at www.baseballbloggersalliance.com.  The BBA can be found on Twitter by the handle @baseballblogs and the hashmark #bbba.  Members of the BBA may also be heard at Blog Talk Radio each Tuesday night with their call-in show, BBA Baseball Talk.
Posted by The Man With The Golden Arm at 12:36 PM