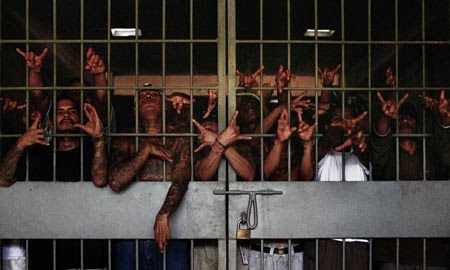 For the record: I did not write this post.  This is a story from a friend of the site.  We here at 1bluejaysway hope that he will continue to write his thoughts on the game and after reading this masterpiece, we think you will too.....

A home opener on a Monday night?  The scheduling Gods were not looking down on me favorably in 2010.

In my line of work, we shut down on weekends but our customers don’t, you can see how therefore Mondays can be a bit of a grind putting out not one, but three days worth of metaphorical fires. It is a very common occurrence for me or members of my team at work to put in a solid 13 hour day after ripping up the city, cottage, or suburbs for the 48 hours preceding it.

With that being said I had places to be. Being the only meathead in a large group of friends who actually lives (and pays for living) in the downtown core I was voluntold that a minimum of five friends would be arriving at my domicile no later than 4pm on the day of the home opener. I would normally just leave a key under the mat and cross my fingers as I actually do have a high level of trust with my comrades but a recent weekend of intrigue at left me one set of keys and a $220 cab ride short. Therefore, I rode the rocket into work early on Monday, skipped lunch, and snuck out around 3:40. The ‘skipping lunch’ would come back to haunt me.

Just after 4pm I strolled into my house, geared out of my two piece (no tie) and investigated the kitchen for items that could be whipped into a quick lunch. You need to realize that I live in what could be described as the Websters definition of a bachelor lifestyle (read: condiments, beer, & bottled water). Before I could even think of dialing in for a pita or Thai my mobile spat out the always recognizable ring tone of Master P rapping about some girl (or gun, or currency?) named sha-na-na-na. I wouldn’t even know how to change the ring tone if I actually decided that the laughs it gives me were getting old (this also makes for some interesting looks in the boardroom). My evening’s associates had arrived and were currently outside maneuvering the over sized explorer into a neighbors reserved spot that probably cost the neighbor an extra $15k on his/her mortgage. I put the hunger pains into the back of my mind and cracked the first Rolling Rock I brought back from the States on a recent business trip.

Fast forward 2 hours and 12 beers later. After some good natured ribbing and a few past incidents retold for the benefit of a rookie who had tagged along from , we ventured out to the TTC with roadies in hand. I have a few close friends who could hit a 3 wood from my place to the bus stop yet all six of us smashed two beers on the walk. Upon realizing this, I remembered a literary term my grade twelve English teacher had explained to the class called foreshadowing.

Other than chirping at some clowns on Front Street who had been chased down (and caught) by their server after attempting a dine-and-dash the trip to the park and the line up to get in were pretty uneventful. We saddled up into our 3rd / 4th row seats in right field, sipped our first $9.50 beers of the season and continued the requisite banter of a bunch of drunks looking forward to the new season. The group of six grew to way over 10 as others in our group who could not slip out of work early, or realized that it was Monday and just used that as an excuse, joined us in our seats. We caught the end of workouts, player introductions, and some jumbotron videos and then rose for the anthems.

BLAM! Out of nowhere during the Canadian national anthem Ike Stake screamed at Alexis Israel Rios Cruz. Oh shit I thought, here we go. As has already been written in other sentences in other stories the game was somewhat of a blur. John Buck did in fact hit a monstrous shot to left field, and that was about all that John Labatt has allowed me to remember….. until the 6th inning or so.

In the front row, some dude was rocking an Argonauts jersey. My associates, and myself I assume, were quick to point out to him that he was in fact at a Jays game, etc……… you know the drill. The guy, to his super credit, just laughed it off. Even when I asked him if he got to meet Burt Reynolds while he worked as an extra in Deliverance he just laughed. Then I noticed it, the glint in his eye that I had only seen once before. For those who know me think of the story about Bill Gates Jr. in Vegas. One man, no matter how nice he is, can only take enough shit while drinking beers in a masculine environment such as a casino or the SkyDome. In came Reliever Jancampgreggdownfraser to start an inning and the guy had had enough. 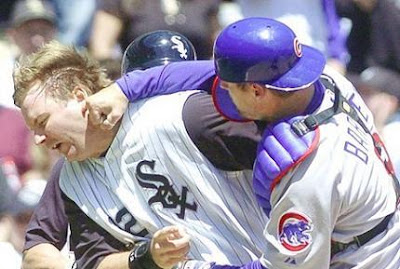 I’ve been in the bowels of the Dome a few times over the years for autograph signings, season ticket holder tours, etc., but I was very impressed to find down there a temporary prison. Guards, bars, and shit I might have even seen Morgan Freeman selling a bag of drum to the dude with the bird who hung himself. Now, believe it or not, I’ve been in a few ‘situations’ like this before and let me tell you that the ‘situation’ can only get worse if you are being a dick. Men drink, men fight, and the cops do their job. If they decide I need to spend some time thinking about my actions then I am going to trust there judgment and agree. If they decide that I need to offer some apologies and do a little work at the local soup kitchen I am going to be the best damn soup ladler I can be. Arguing, or especially body arguing, with the law after 20 beers is a bad idea no matter what happened. You are drunk and they are not. You lose, they win. It’s as simple as that and since the existence of law and justice it’s always has been that way and will be that way long after I move on.

Keeping in mind this theory, I do my best to be cordial and apologetic while being marched down to the makeshift Shawshank. Upon approaching the detention centre my jaw dropped. There are men down here that are, and I use this term only because it fits, fucking losing it! I see cops sweating from having to corral these savages before they inflict more damage to themselves and others. Shit, if officer (enter name here)

Moral of the story:

Eat some food next time you jackass.

Go Jays!
Posted by The Man With The Golden Arm at 3:13 AM