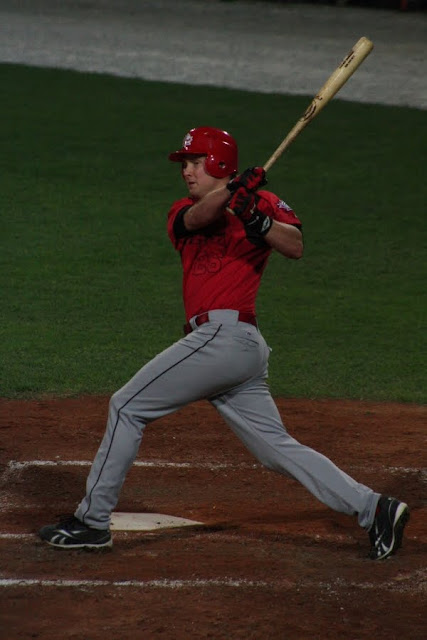 Your Toronto Blue Jays rounded out the 40 man roster by acquiring Shawn Bowman off waivers.  Bowman was drafted in the 12th round, 357th overall, of the 2002 amateur entry draft.  He was taken out of Charles Best high school in Coquitlam, British Columbia.

Shawn Bowman, 3B - Bowman is a former 12th round pick whose career started with a bang but has crashed and burned over the past three seasons. After averaging 17.5 HR per season as a nineteen- and twenty-year-old, his eight home runs over the past three seasons due to fracturing the same vertebrate in his back not once but twice leaves his current value at zero, although some Mets fans seem to think his power could recover. In 200 2008 at bats, he had only four homers while posting a 58/6 strikeout to walk ratio in High-A and Double-A. His advanced age, injury history, and lack of production have left him looking like an organizational player at best. Even when Bowman was at his best, he still had major holes in his offensive approach. His OPS’ stayed in the low- to mid-.700’s, with far too many strikeouts to be truly relevant. Don’t be fooled by his winter league numbers; Bowman was fresh in winter leagues notorious for players who are tired and simply going through the motions.

Not exactly a glowing report.

Considering how weak we are in terms of prospects at the third base position, this is not a bad pick up.  Having said that, the re-occurring serious back injury is a major cause of concern.  I guess the brain trust viewed it as a low risk / high reward type scenario.  If he is healthy he will get an opportunity to play every day in the minors and could prove to be a useful player for the organization.

At this point, I have to agree with the Mets Geek and think he is nothing more than organizational depth.
Posted by The Man With The Golden Arm at 4:10 PM