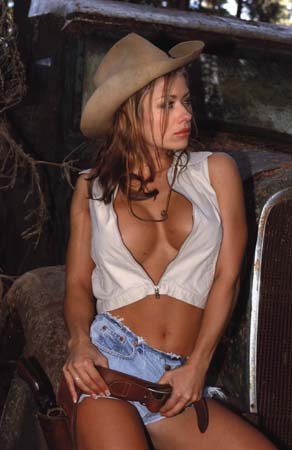 Consider this your required reading for the week.  Make sure to check out the comment section.


Courtesy of The hall of Very Good:

Now that the constant Roy Halladay trade rumors that plagued the Blue Jays last season are a thing of the past…Toronto fans can focus on Vernon Wells inching toward 200 home runs for his career.
Sure, Halladay and his amazing track record north of the border was something of Canadian folklore, but this is Vernon Wells, people.
Vernon. Wells.


Courtesy of TSN via The Canadian Press:

Vernon Wells can understand why Toronto Blue Jays fans booed him so often last season.
He batted .260 with 15 home runs, 66 RBIs and an on-base percentage of .311. Players signed to US$126-million, seven-year contracts are supposed to do better than that.
"Obviously they were frustrated with me," said Wells. "I felt the same way."

Not even gonna say sorry Vernon.  Operation Opt Out is still a go.

Writers tend to stick to a series of unwritten rules that radio and tv reporters may or may not also follow. One is, if you're not there on time, too bad. We're all competitors after all. When you become a ball scribe, it's not like they hand you a "How to conduct yourself in the clubhouse" pamphlet, though. You just figure it out as you go.
With today's happening in mind, here is the first edition of The Writer's Guide to Clubhouse Etiquette. This will likely be an ongoing topic on this blog. For now, here's a list of 10 rules for you to chew on.

Second, and more importantly, he would still be under the Blue Jays’ control for at least six years.  The length of the contract doesn’t change that.  He’d be eligible for arbitration once his contract expires if he’d accumulated between three and six years of major league service by then and he’ll be eligible for free agency after the season in which he reaches six years of major-league service.
He could potentially be under the Jays’ control through the 2018 season.

He violated baseball’s drug policy, first when caught using a banned substance, Winstrol-Stanozolol, late in the 2004 season at class-A Lakewood, and again the next July when he was suspended 30 games at double-A Reading in the Philadelphia Phillies system when caught a second time.
“I took fat-burning pills that contained Winstrol,” Ruiz said Saturday. “I’ve always had a problem with my weight. I wanted to be a guy who came into the clubhouse with a cut body and other players went: ‘Wow!’ That mistake cost me the chance to be the MVP of the Eastern League, maybe the triple crown.”
Ruiz said he was criticized by fans, media and even friends.
“My friends said: ‘No wonder you hit all those home rune,’ ” said Ruiz, who batted .349 with 30 homers and 87 RBIs in 89 games at Reading, wearing the suspenders for the remainder of the season.

Some of the shine just instantly wore off of this guy for me..... 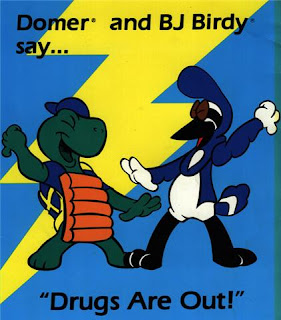 Toronto will enter the 2010 amateur draft with the 11th overall pick and something to prove after blowing three of its four top picks in 2009, which may have been one of the last straws that broke the former GM’s back. The organization also has nine picks in the first three rounds of the 2010 draft, so it has a real chance to improve the talent and depth in the system. With that said, the club had a similar draft bonanza in ‘07 and those prospects haven’t developed quite as well as the organization had hoped. The club also has its back up against the wall with a couple of the picks (those received for failing to sign ‘09 draft picks James Paxton, Jake Eliopoulos, and Jake Barrett). The representatives for the players chosen in those slots will know that the club has to sign the picks this season or they will lose those compensation picks for 2011.

FYI: that will be picks 38, 69 and 113.  Look for us to take sign-able guys in these slots.  Maybe some fourth year college players?

As with any mock draft formulated with the big day more than three months away, the list is bound to change incessantly. So why not throw out some reaches here and there just to start?
Below is the first half of our Mock Draft. Later today you'll see the second half.

Get to know these names.  We got a nice first round pick coming our way in the First-Year Player Draft this June.  Anybody got any guesses or preferences yet?

When the Blue Jays traded Roy Halladay they essentially signaled their 2010 surrender. This could not have been an easy decision. Halladay had been with the Jays his entire career and was, by no slim margin, the team’s most popular player. Even with him the Jays stood little chance against the Rays-Yanks-Sox triumvirate. Without him those chances diminish to near nonexistence.

Ouch.  Life minus the Doctor summed up in one paragraph.

Let's recap the bets I currently have regarding your Toronto Blue Jays this year.

Like shooting fish in a barrel.  One more of these slam dunks and I got my opener ticket paid for!

Our boy LastRow500's is down in Florida doing some reporting for us.  You need proof.  You get proof.  Click here.

Follow us on twitter for some live game updates, Wednesday for sure and possibly Tuesday of this week.
Posted by The Man With The Golden Arm at 10:52 PM

Labels: 2010 Amateur Draft, minus the Doctor, Operation Opt Out, Weekly Round Up