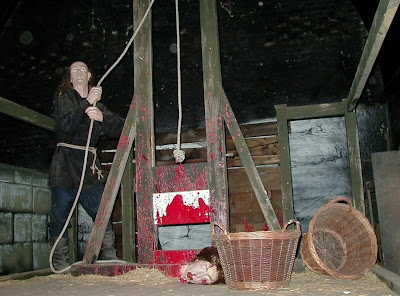 1B/DH Brian Dopirak, INF Jarrett Hoffpauir and RHP Ray Gonzalez have been optioned to AAA Las Vegas.
RHP Lance Broadway AKA Team Enforcer and LHP Zach Jackson, along with catcher Kyle Phillips, were sent back to Minor League camp.
LHP Sean Henn was outrighted to AAA after passing through waivers unclaimed.
RHP Casey Fien was released.  He had a shorter tenure with your Toronto Blue Jays than Brian Bocock.  I think there may be a bit more to this story than advertised because he had an option year left.
We also returned Rule 5 pick RHP Zech Zinicola to the Washington Nationals which officially fucks me on the 25 Man Roster Challenge.  I can still win it but I am the first contestant to lose a player off their list.  Not good. 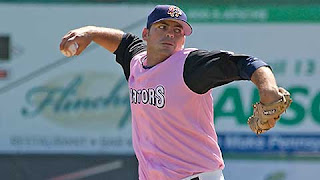 I should have never picked a guy who wears pink.


As Opening Day approaches, there is less talk about "taking the best team north" and a lot more talk about options.  If you need a refresher on how it all works, click here.

Merkin Valdez, Shawn Camp and Dana Eveland are out of options.  These players are on the bubble and they have an advantage.

"So part of this is controlling as many players as you can and trying to keep your depth. They understand that guys that don't have options tend to get the benefit of the doubt a little bit more or tend to stick around a little bit longer, because we don't want to take the chance that we might lose some of those players. Sometimes you make the decision that you can't carry him, like a guy like Zinicola, for example. We like the arm, but just with the guys we have, they're just much further along than him right now, so we had to make a decision."

Relievers with player options left are Jeremy Accardo, Josh Roenicke, Casey Janssen, Jesse Carlson and David Purcey.  Look for only one of these guys to get a spot on Opening Day.  My money is on Carlson.  Cito abuses Jesse.  Just the thought of not being able to go to him every second day must be making the managers head spin.  He is battling a knee injury and may not be ready to pitch April 4th.  At least it is not an elbow or shoulder problem.

I am still not convinced that Rzepczynski gets a spot in the rotation.  If he doesn't make the team, than Eveland slides into the rotation and creates another vacancy in the bullpen.

Lost in all these subtractions is the news that some players are actually being added to the Major League camp.  None of them are probably being seriously considered for jobs at this point but the one name I am uber excited for is: OF Darin Mastroianni.  He is 24 yrs old, 5′11″ 190 lbs and was drafted in the 16th round of the 2007 draft.  A legit defensive centrefielder, he has blinding speed and a knack for getting on base.  All the tools needed to be a lead off hitter right there.

I thought that the gesture of bringing Darin Mastroianni in was absolutely great. Here’s a guy who stole 70 bases at 2 levels last year and who could be the perfect 4th outfielder the Jays have been looking for. He had an OBP of .398 last year and has a lot more potential than Joey Gathright. The Jays probably wanted to take a peak at him to realize what they have in the minors. He should be in AAA, in my opinion, and waiting to grab a spot when one becomes available. I really like the fact that they brought him in for a quick look though, great stuff that should motivate him in 2010.
Posted by The Man With The Golden Arm at 3:01 AM