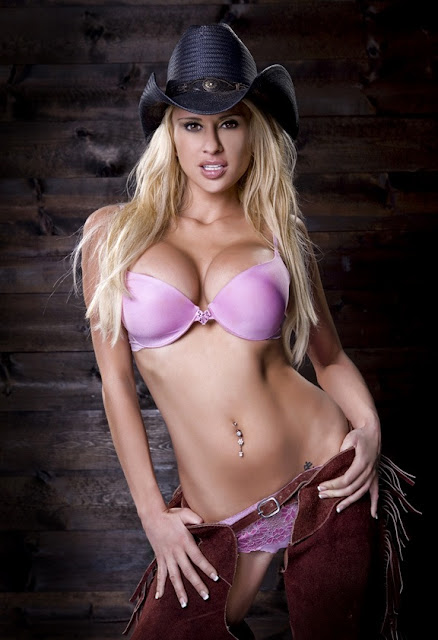 Please consider this your required reading for the week: The Cold Hard Facts

Click here for your Toronto Blue Jays quotes of the week.

CECIL SLICED: Lefty Brett Cecil, who is in the mix for a rotation job this spring, was scratched from Thursday's game after cutting the thumb on his throwing hand. Walton said Cecil sliced the digit while cooking. Chatting with GM Alex Anthopoulos, he said Cecil can still throw, but the cut does hinder his curveball. So early in the spring, the Jays just wanted to be cautious, holding the lefty out of his two-inning appearance on Thursday. Cecil should be worked into a game in the next couple days.

"He did something to it in a kitchen-type accident," sadi pitching coach Bruce Walton, who did not indicate the injury was serious.

I'm calling bullshit on this one.

Let me see if I get this straight.  Brett Cecil cut his pitching hand with a kitchen knife?  Is that what I'm being told?  Think about it for just a couple of seconds.  Better yet, go get a knife and tell me which hand you would HOLD it in to cut something.  It would be your dominate hand right?  I don't even think I could cut something accurately with my offhand and besides I would never attempt it anyways.  And there is no way you can cut the hand you are holding the knife with.

Playing for 10 organizations, Ruiz has spent most of the past 11 years in the minor leagues, accumulating nearly 1,250 hits, almost 200 home runs, a .304 batting average (including two batting titles) and a .909 OPS.

Insightful stuff on journeyman Randy Ruiz.  Don't look now but Brian Dopirak has beefed up.  He has reportedly put on 10 to 15 pounds of muscle in the offseason.

I say keep both of them and trade Overbay but I also realize we can't just give Lyle away.

Gregg's biggest shortcoming as a high-leverage reliever is his lack of a consistent secondary pitch. His fastball is good enough, but not so great he can get away with mediocrity elsewhere. But that's what he gives you with his splitter, slider or cutter. Frasor, who has an even better fastball than Gregg, also comes at batters with two quality off-speed pitches. This past season was the year of the Fosh, with Frasor giving it more work than in previous years, but the slider was still a key weapon against right-handed batters. Downs is an extreme ground ball pitcher who misses a lot of bats. Despite his lack of power, and his heavy use of a sinker, he actually has the highest whiff rate of the group.

This post was clearly written by an angry Cubs fan.  Aside from that, it is a great look into the only three relievers in our bullpen that are locks to open the year on the 25 Man Roster.

Jason Frasor credits mastery of the changeup with transforming his career from borderline major league reliever to possible closer in Toronto.

Analysis: If he gets a fair shot to beat out Kevin Gregg, Frasor certainly has the skills to make it happen. Don’t predict 20 saves for any Toronto reliever right now.

Get to know your Toronto Blue Jays official beat reporter King Jordan AKA Ryno.  Check out his blog while your at it: Window, please

Which of the Jays’ current starters, if any, do you see emerging as the ace of the staff this season?

Tom Dakers, Bluebird Banter
Ace will be a relative term for the Jays this year. We have a few guys that will likely be able to put together a few good starts in a row, but we won’t have an ace in the Roy Halladay definition of the term. I’d guess Ricky Romero will be our number one starter, hopefully he can pitch this season the way he started last season.
Mat Germain, Jays Journal
I know that I’m not the only one who believes this, but for me the guy with the highest ceiling — ironically because he stays so low in the zone — is Marc Rzepczynski. The poise and mound presence he showed last year at such a young age was outstanding and I do think he learned a ton from watching Doc. I do like Ricky Romero and Brandon Morrow a lot, but I think they may be better thought of as #3 and #2 guys respectively in terms of ceiling. The wild cards for me are Brett Cecil and Kyle Drabek. Both may begin the year in AAA, but both also have high enough ceilings to be potential #1 pitchers if they play to their talents. Even if only one of those 2 makes it to that status, it does give the Jays a ton of depth and youth at a key position.

The runs per game figures cranked out by these tools reflect only each team's Opening Day lineup, so perfect health is assumed.  Obviously that's not realistic, so the actual runs per game figures will be lower in 2010.  But if we operate under the assumption that it's all relative, we can rank the AL offenses based on these projections.
Courtesy of SI:

Anthopoulos is pulling the Blue Jays away from baseball's longstanding eat-what-you-want culture. If you go into a baseball clubhouse, you will often find boxes and boxes of candy. Players compete every day on a sugar high.

Anthopoulos realizes that if the Blue Jays are going to go through the Yankees and the Red Sox, they can't stop at Krispy Kreme. On the road, the Blue Jays bring extra money so the clubhouse guys can get fruit and other healthy foods. Anthopoulos also hiked the daily meal money for minor leaguers from $20 to $25 so they could eat higher-quality foods. (Major League Baseball has since done the same.)

James Paxton left the Kentucky Wildcats program on the weekend. Paxton had not been able to pitch because he would not meet with NCAA investigators to answer whether he had his representatives talk to the Jays after being selected 37th overall in June.
Lawyer Richard G. Johnson wrote Paxton, who was seeking a review from the Kentucky, Supreme Court, that he was denied due process in a statement:
“Any review, if at all, would most likely happen after the season was over, thus making the effort a futile one, all the while leaving James in limbo during the remainder of the season,” the statement read.
Paxton now will play for an independent league team as did Max Scherzer, Luke Hochevar, Aaron Crow, Jason Varitek and J.D. Drew before him.
“Indy ball won’t hurt him physically, he’ll be facing wood bats rather than aluminium,” a scouting director said, “but he’s facing men, it might hurt if they hit him around or he walks guys.
“Usually it’s tougher from a scouting angle because indy leagues don’t start until May so his innings will be less.

Get ready to meet ... Brad Mills, SP. Could this be his year? Last spring, he was the Blue Jays' final cut -- a poor outing forcing the club to take Scott Richmond north, instead, as the No. 5 starter. This spring, there's plenty of opportunity to join the rotation. Mills, who turns 25 on Friday, was 13-5 with a 1.95 ERA in 27 starts over three rungs of the minor league ladder -- including Class A Lansing -- in 2008, hence the long look last spring. After missing the club, he headed for his first work at Triple A, where he had a 4.06 ERA and 1.399 WHIP in 14 starts. Not great, but not terrible, either, considering the Pacific Coast League in which he was pitching has long been known as a hitter's paradise (the PCL's slugging percentage from 2007-09 was .433, highest in any minor league -- even higher than the AL and NL, too -- according to Hardball Times). His introduction to the major leagues wasn't nearly as kind, though. He made two starts for the Blue Jays last season -- and was pummeled in both. To be fair, both came against the defending World Series champion Phillies, but Mills allowed 14 hits, 12 runs and four homers in a mere 7.2 innings. If there's a bright spot, he did strike out nine in this 7.2 innings. He also immediately followed up the second major league clunker with a gem in Triple A -- seven strikeouts and two hits in eight scoreless innings -- to earn him another start with the Blue Jays in early July, but that got nixed after he complained of bruised ribs. The injury forced him to miss the rest of the season. Now Mills, a fourth-round pick in 2007 out of the University of Arizona, is back in the mix for a spot in the rotation -- a rotation that has plenty of question marks after the offseason departure of Roy Halladay.

Courtesy of Morgan Campbell @ The Star:

Labels: Paxton Affair, Weekly Round Up