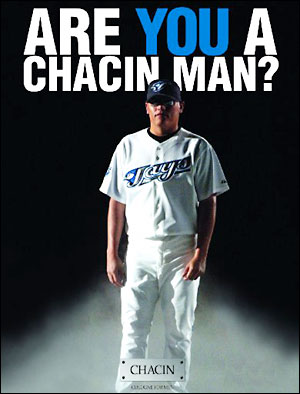 He hurt his wing early in the 2006 campaign and has not returned to form since.

If you need a refresher, here are his minor league stats from 2006 to 2009 here they are courtesy of Minor League Stats dot com:


For those that don't know what some of the stat lines mean click here for THT Glossary.  You may want to bookmark that one ;)

His projections for 2010 courtesy of CHONE:

Named for Tom Verducci of Sports Illustrated, this is a negative forward indicator for pitcher workload. Verducci, found that pitchers under the age of 25 who have 30-inning increases year over year tend to underperform. Will Carroll independently found that pitchers who break the "Rule of 30" tend to get injured. Carroll renamed this 'rule' the Verducci Effect in honor of the man who initially found the evidence.

Our boy "Smells like Victory" was named in the article as a victim of the effect.  For all you fantasy pool players out there, click here for this years candidates.

Initially this theory met some resistance.  THT refuted Verducci's findings the next day and concluded: Pitchers who see a large increase in workload are more likely to continue to be successful than those who don’t.  To see their article in it's entirety, click here.

I am bringing this to your attention because our pitching staff is exceptionally young.  Most of the guys are in the clear but four names do jump out at me as possible candidates for the Verducci Effect in the future if their innings pitched are not monitored closely this season.  Their names and dates of birth are as follows:
Let's take a look at their innings pitched in the last two years:

Righthander Kyle Drabek had Tommy John surgery in 2007 and I'm not sure what effect, if any, that will have on his innings cap.  I think he will top out at about 190 innings this season and be ready to go in 2011 with no innings restrictions, that is if he does not suffer from the Verducci Effect this season.....

I think it is fair to say that the two young lefties, Rzepczynski and Cecil, will have their innings capped at right about 185 this year or roughly 28 starts.  I also think it is fair to say that their innings can be manipulated easier at the minor league level.  I see both of these guys, barring injury,  pitching in our major league rotation in 2011 restriction free.  They are right on schedule.

Righthander Zach Stewart was drafted as a reliever and is the prime candidate to suffer from the Verducci Effect out of this group moving forward.  It is imperative that we do not allow him to exceed 140 innings pitched this season.  Even that may be too many.  He will then need another year in the minors to build his stamina up to around 170 innings in 2011.  I think of him as a guy that will be in a position to enter the rotation sometime in 2012.

These four guys are the future of our Major League starting rotation.  We must be patient with them and resist the urge to rush them to the majors for the upcoming 2010 season "just to see what they got".  New pitching coach Bruce Walton has brought with him a new philosophy.  He seems to believe the innings cap can be manipulated if his pitchers tweak their off day routines.  To read all about it, click here.

This upcoming baseball season will not be a pretty one to watch in Toronto.  But hang in there guys, these four pitchers are the future and we must keep in mind that they are still a year away at best.....and we must also never forget what happened to young Gustavo Chacin.
Posted by The Man With The Golden Arm at 12:02 AM