Early Candidates To Replace The Cito

By now you have probably figured out that I do not enjoy watching our current field manager preform his daily duties.  Unlike some most, I am not stuck in the early 90's and believe that the game may have passed him by.

Since he is a lame duck manager for next season and will lose the clubhouse, if he has not already,  I thought I would make the brain trust's job a little easier and submit my recommendations for his replacement.  Since I don't anticipate us being any good for a couple of years, this is purely from a fan entertainment perspective.  I would pay money to watch these guys, how about you?

Offerman played for 15 seasons in the Major League Baseball and was a two time All-Star.  He then played 4 seasons of independent and Mexican League baseball since leaving MLB. He currently manages the Licey Tigers of the Dominican Winter League, and managed them to the 2009 Dominican Winter League Championship.

He has not played or managed professional baseball in the United States since 2007. On August 14, 2007, Offerman was thrown out of a Ducks game against the Bridgeport Bluefish for charging Bluefish pitcher Matt Beech with a bat after he was hit by a pitch. Beech suffered a broken finger in the resulting melee. Bluefish catcher John Nathans was also hit in the back of the head during the bench-clearing melee, receiving a severe concussion that effectively ended his playing career.  Beech and Nathans were taken to Bridgeport Hospital where they were treated and released. After being removed from the game, Offerman was arrested by the Bridgeport Police.

On August 15, 2007, he was suspended indefinitely. The independent Atlantic League announced on August 17, 2007 that Offerman would remain suspended at least until the legal case is resolved.
On September 24, 2007, Offerman pled not guilty to two second degree assault charges.
On October 30, 2007, Offerman was given two years special probation called "Accelerated Rehabilitation". Offerman was represented by Attorney Frank J. Riccio II, Esq. of Bridgeport, CT. The Court determined that his actions on August 14, 2007 were of an aberrant nature. The Court also found that Offerman is not likely to offend again in the future. ( NICE CALL )
Nathans filed a $4.8 million dollar civil suit against Offerman in 2009, claiming that he still suffers from post-concussion syndrome and that the injury allegedly caused by Offerman ended his baseball career.

Wellman is the manager of the Mississippi Braves of the Southern League. Wellman entered professional baseball as a player in 1984 and began coaching in 1988. Wellman attended Sam Houston State University and Southwestern University. Wellman is father of two children, Britnee, 20, and Brett, 17. He is married to his wife of 23 years, Montee, and they reside in a suburb in south Texas.

In March 2009, ESPN showed the top 10 meltdowns in sports history and judged Wellman’s to be #1. Upon showing the clip, Hannah Storm said “and there he goes, never to be seen from again.” Co-anchor Josh Elliott added “end of his career.” However, he is still manager and on September 13, 2008, he led the Mississippi Braves to the Southern League championship beating the Carolina Mudcats 3-2 in the 10th inning of the decisive Game 5. He was also brought up to the major league Atlanta Braves team for a couple of weeks in March 2009.

Both of them seem like worthy selections and have led their teams to a championship.  I will throw my support behind Offerman because of his Major League playing experience although I doubt he will be available to interview any time soon. 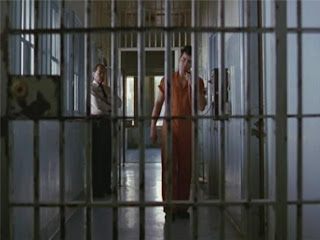 Posted by The Man With The Golden Arm at 8:48 AM

Labels: brain trust, recommendation for the next Cito