25 Man Roster Challenge goes down to the wire! 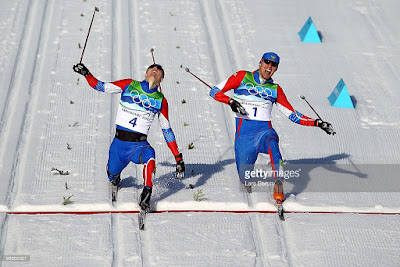 Yet another installment of The 25 Man Roster Challenge has come and gone. As usual, it did not disappoint.

With less than 24 hours to go, it was a real possibility that we would have not only one, but three perfect ballots this year. Considering it had never happened in the seven previous editions, that would have been a rare feat indeed. But, like so many times before, the braintrust overthought everything and snatched the perfect ballot dream from our grasp.


Since all 18 ballots submitted contained the names Melvin Upton and Roberto Osuna, it basically turned into a 23 Man Roster Challenge. Below are the seven team’s that nailed 22 of 25 names correctly and therefore advanced to the tiebreaker phase.

Taking another look at the teams, it came down to just two titans of Blue Jay fandom.

Sorry, Clint, Ian took this thing by a nose. The always gentlemanly Blue Jay Hunter was contacted to arrange for delivery of the well-earned loot...and he flatly declined. He did ask that the winnings be rolled over into next year’s challenge and even offered to add to the prize pool because that’s the sort of dude he is.

Thanks to all who joined this year and we hope to see you again next year as the search for the perfect ballot continues.

As an aside, this challenge is basically all that’s left of this blog. Over the years, we all have found much better things to do with our time. Not a knock on those who still agonize over generating posts on a somewhat daily basis but, man, it’s exhausting. After you think of an idea and spend time developing it to the point where it’s fit to press post, surely some dickhead will come along and quote wOBP or UZR and then tell you how stupid you are.
Posted by The Man With The Golden Arm at 12:28 AM