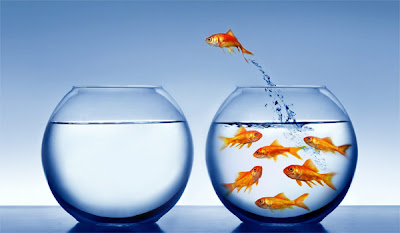 Alright fellow Blue Jays fanatics, we've blown the dust off our desktop keyboard for this special occasion and it's just about time to get down to business. With spring training rapidly approaching, the 4th annual 25 Man Roster Challenge is a go for launch. At first glance this year should be a little easier than in the past due to the fact that our GM decided to kick some ass and get a rock solid team assembled.

But anyone who has competed in previous challenges really should know better by now.

Here are the rules, you must:

2) Submit a list of 25 players that you think will be on the Opening Day roster.

3) Do this before the deadline which will be February 12th at the stroke of midnight.

We have included a countdown clock on the site to help remind you how much time you have before your ballot is due.

In the event of a tie and you can be damn well sure there will be one, a tiebreaker will be need to be picked as well. This is not a requirement but if you choose not to partake in the tiebreaker portion of the challenge and you tie with someone who did, you lose. The tiebreaker this year will remain the same which is the Blue Jays 2013 spring training record. Meaning, you must predict how you think the team will fair in the silly season. It appears as thought there will be 32 games attempted to be played this spring barring any rain outs. For comparison purposes, here is the teams record from the last seven spring training seasons.

Up for grabs this year in terms of prizes is the coveted autographed Randy Knorr 8 x 10. 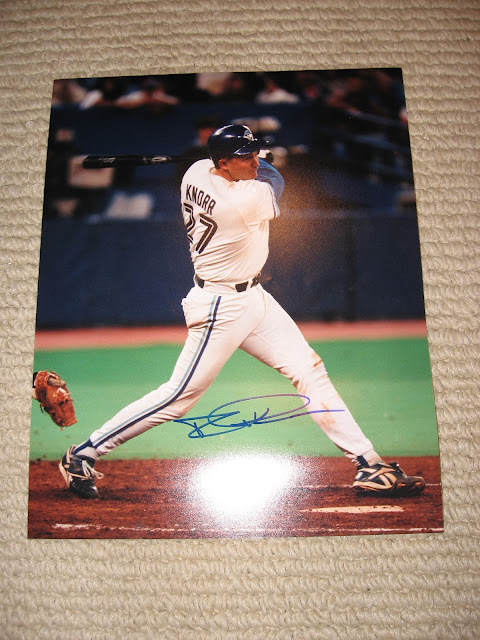 Jason the brains behind MLB Depth Charts and reigning champion, graciously agreed to put the trophy up for this years competition. We are hoping that if you win, you will be willing to do the same. The second prize, which is yours to keep if you are crowned champion, is a beauty. We dug through our old Blue Jays stuff and found a gem. 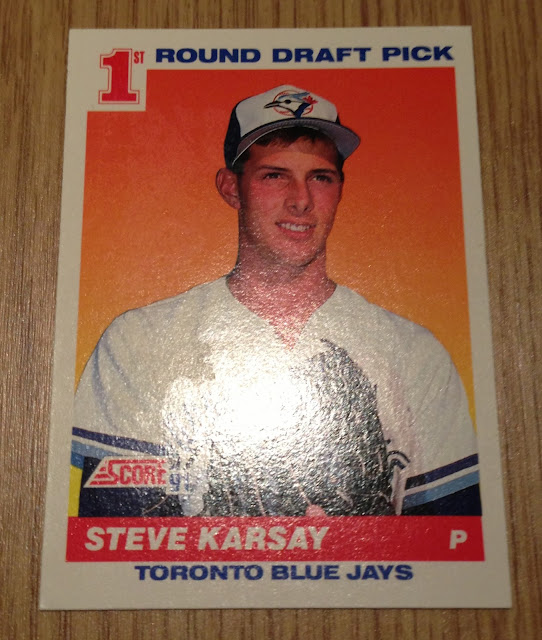 Behold! This one is for all you I can't believe we traded a top prospect away for an old knuckeballer folk out there. It's unsigned because, well, Steve Karsay never really amounted to jack shit, other than being traded with a PTBNL for a first ballot Hall of Famer.

That's pretty much it for the rules and prizes, now let's get down to some strategy.

Here are a list of guys that are confirmed to be out of options on the 40 man roster right now. All of these players must make the 25 man roster or risk being lost on waivers.

I'm sure there might be some others but no one on the bubble so to speak. Does it really matter if a guy like Mark Buehrle is out of options for example?

Pay special attention to the ever growing list of players on minor league deals with an invite to spring training. Click here for that info. No real obvious Omar Vizquel types on the list but that might change.

J.A. Happ has all the potential to be this years X factor. He could be in the starting rotation if there is an injury to one of the top five guys. He could very well end up in the bullpen as the long man and/or extra lefty. He could also easily end up in Buffalo in the rotation there to be kept stretched out. Interesting choices.

The Darren Oliver saga shouldn't really factor into the challenge. We made the deadline to coincide with the reporting date for pitchers and catchers. Hence, this gongshow should be all figured out before your ballot is due.

There is a possibility that the Blue Jays decide to start the year with a short bench and an extra arm in the bullpen. There is also a strong possibility that the 25th man on the roster is not currently employed with the team and will be added late in the spring via trade after he fails to make another teams roster. AA has been uber active on the waiver wire this winter as well, so that may continue leading up to camp.

That's just about it for now. We sincerely hope you can join us this year. If you wish to submit a ballot feel free to provide as much or as little explanation for your selections as you see fit. Please use the comments section on this or the reminder post or you can send an email to 1bluejaysway(at)gmail.com if you want to keep your ballot private. If you have a blog and want to do up a post about this topic, just fire over the link and we will be sure to include it with your ballot.

And for the love of God please, PLEASE include your tiebreaker. For the record, no one has ever gone 25 for 25 yet. So it's pretty much a guarantee that it will come into play again this year.

Good luck to all that play!
Posted by The Man With The Golden Arm at 7:01 PM