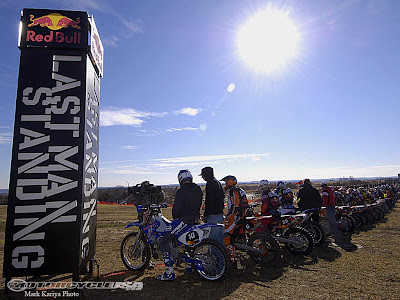 I have been meaning to write an update post but to be completely honest nothing has really happened on that front. It's been a pretty boring camp. I mean Joel Carreno was sent to the Minor League camp not so far back and that has some implications.

Team Matt made a ballsy play in taking Carreno as one of his bullpen members. That seems like quite the long shot now that he's being stretched out to start in either New Hampshire or Vegas.

There have been a few grumblings that McGowan won't be ready and Cecil is on the block but nothing solid has really materialized.

Other than that, there really is nothing to update for the Challenge participants as of yet.
Posted by The Man With The Golden Arm at 9:00 PM