Your Time To Shine 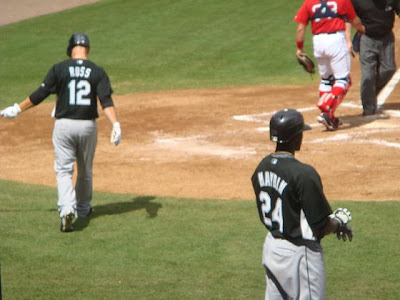 So I had this brilliant idea hit me like a fastball in the ribs. I would ask 15 of the biggest ballers I know what their walk up song would be if they were in the Major Leagues. Based on the immediate feedback I received I think it's fair to say that some of them had considered this question themselves in the past. I'll admit, it's kind of a tough one to answer and a couple of them asked me why I was inquiring. We both knew that they were just buying a precious few more minutes to ponder a question of such magnitude. As a few of them pointed out you've really only got a good ten or fifteen seconds to play with unless you are lucky enough to get a pitching change.

Well to say the results varied would be quite possibly the understatement of the year. Some guys couldn't give just one answer, even when pressured to do so. Clearly some of them took it more seriously than others. Here were the selections and artists in no particular order. Names are withheld to protect the innocent.

The only songs selected twice from the list were Crazy Train, Eye Of The Tiger and Waterfalls.

Yep. Waterfalls. One guy came back immediately with "No brainer. TLC Waterfalls." To which I replied "Wow. Love that selection." What else can you really say?

A few of my test subjects were thoughtful enough to ask me what my selection was. I had in fact heard my pick on the radio earlier in the day. It took me back to my youth when I use to sit glued in front of the TV waiting for WWF to start, back when it was larger than life. That feeling it gave me back then is something I would love to take up to the dish with me now while trying to gear up for a Verlander four-seamer.