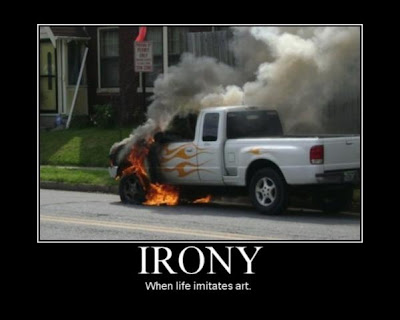 Every year I play in a uber competitive big money AL only fantasy baseball league. I consider two or three of my rivals friends and the rest are merely acquaintances. Just before the season is about to start all 12 managers get together and have an auction style draft. It's good fun and the beers flow. A salary cap of $260 is in place which must cover 14 hitters and 9 pitchers. As you would imagine this auction plays out like a episode of Storage Wars. The premium players will not be had for less than 40 bucks. If a manager thinks he's about to get a smoking deal - say Konerko for $29 - someone jumps in and jacks the bid to a more acceptable price even if they ultimately have no interest in the player. Where it gets truly interesting is when it's time to bid on a hot shot rookie. All of your trusted methods of evaluating talent - and your sanity - go straight out the window at times.

I remember it well because it was my first year of playing in the league. I was the new guy and I had no idea what I was doing. All these players were going for prices that I thought were completely outrageous and then somebody nominated Longoria. Obviously he had some talent with the stick and his face was on the cover of every fantasy baseball publication known to man. As the bidding started I figured a double digit bid is where I would back off. To my and the chiseled league vet's I was sitting beside surprise he went all the way up to 26 bucks. I remember him turning to me and saying: "that's a lot of money to spend on a guy that's never faced a major league pitcher before."

Coming to the Tigers in what can only be described as a blockbuster deal in the winter of 2009 Jackson was the centerpiece and a much hyped Yankees prospect, like every other damn Yankees prospect. He was going to play CF everyday and there were rumors that Leyland was going to try him out at leadoff in a pretty dangerous lineup on paper. I figured his glove was going to keep him in CF and therefore keep him in the lineup. Again, I set my limit at double digits and again he climbed out of my price range to 12 bucks. In retrospect that's a pretty fair price to pay for an everyday player in this league.

Involved in the Zack Greinke trade over the winter, Cain wasn't guaranteed a job on the big league roster but had had some success in the Majors the previous year. He was blocked in CF by the Melkman who had signed a one year deal with an option with KC. In a somewhat brazen alcohol induced move, yours truly made a play at Cain figuring he would be up a day or two after the Super 2 date had passed in early June. I had some extra funds to burn and it was late in the draft so I bid him up to 7 bucks and won. In doing so, I missed out on free agent to be and seven year veteran Josh Willingham who ended up being had for 6 bucks.

Bidding and subsequently winning these types of players is a clear lose lose situation. In order to win them you have to overpay for them relative to their real value. The only way it works out for you is when they preform above or well above their projected level, which in turn is based on nothing in the way of real experience.

For a quick reality check to all you stupid, ignorant, the sky is falling, hockey crazed, Rogers hating, moron, upset at your life, looking for the simple answer, management hating, stathead, dickholes that just can't seem to let this God damn topic go please click here
Posted by The Man With The Golden Arm at 2:53 PM

Labels: bring on the hate