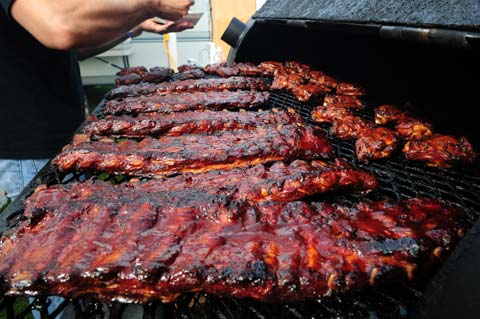 As we all know now our wonderful game of baseball has just implemented a new collective bargining agreement.  With all the new rules and caps this has given us stay at home GM types a bit of time to ponder on what to do.....what to do.....Jesus what do we do now?  I am not sure on any of the exact numbers but let's just agree that some of the now imposed caps are drastically different and will effect a lot of teams.  MLB has basically capped the draft and all international signings.

In regards to the draft, teams are only allowed to spend a certain number - which is to be determined - on their entire draft.  Gone are the days of the 17 million dollar drafts.  Teams now will have to spend wisely and put a premium on scouting to find those diamonds in the rough that will be worth the signing bonuses.  Also gone are the days of offering major league contracts to draft picks.

On international signings it gets even more weird.  Long gone are the days of giving players like Hech 10 million.  A team now has around 2 million to spend for the entire season.  They do get to trade some of the unused cap away but I'm not even going to get into that craziness!

With all these new strict rules and hard caps now out there, organizations are going to have to be a lot more selective on who they sign and what to pay them.

But wait.....do they really have to?  I may be wrong in all this, again it's just some food for thought.

Let's say for argument sake you have another Bryce Harper in the draft.  The Jays only have 5 million allotted for draft picks, FOR THE ENTIRE DRAFT.  This would mean that signing that player to a big bonus just got a whole lot harder and maybe he won't sign at all instead opting to go to college.  What if the Jays drafted said player and gave a signing bonus to him for the minimum amount.  He gets his minor league contract and reports to whatever level the Jays would like to start him at.  What is to stop the Jays at this point from purchasing his contract, adding him to the 40 man roster and renegotiate his contract to pay him the big bucks that the "stud" deserves?  Then burn an option year and send him out to the minors.
Simple.

The Jays wouldn't use up much of their precious draft cap and the phenom would get the money he feels he deserves.  Everyone wins.

I could be completely out to lunch and this wouldn't work at all....or maybe I found a sneaky loophole just waiting to be exploited.  Especially in the case of top notch draft talent and those gems in the international free agent market.

This was a guest post by my idiot Reds fan friend
Posted by The Man With The Golden Arm at 12:24 AM