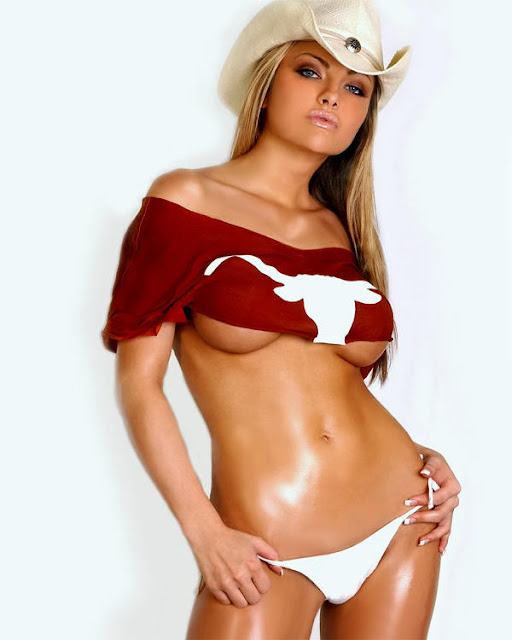 Arizona Diamondbacks general manager Kevin Towers has nick-named Alex Anthopoulos ‘The Asset Collector.’’
Towers was an assistant to New York Yankees GM Brian Cashman this season so missed interacting with Anthopoulos during the Jays GM’s rookie season.
Towers took over the Diamondbacks in late September.
“Man, does he work hard, he is respectful and wants to learn,” said Towers. “He must drink 40 Mountain Dews a day for energy to maintain his pace.”
Can this be the second-year GM’s first endorsement deal?
Camera pans in ...
Anthopoulos is on the phone, while text messaging and flipping between web sites on his laptop.
He takes a sip of Mountain Dew.
“Ahhhh, sweet nectar of the Gods,” says Anthopoulos, turning to the camera and smiling.

And the Jays talk surrounding Greinke — even if the Kansas City Royals’ former Cy Young award never ever puts on a Toronto uniform — is news.
We’re hearing from baseball people that the Jays think they need “one more big piece” to make a run at the American League East title next season.

Seriously? One more piece away? Did I miss something?

It’s a tough offseason to be a veteran free agent first baseman. Though it may normally be a difficult position to be in anyway, there are now too many lumbering older dudes looking for too few chairs and the music will eventually stop. Who will win this round of musical chairs? Will any of the bunch succeed and therefore become a fantasy value pick in 2011?
By the current count, the Cubs, Jays, Nationals, White Sox and Rays don’t have a traditional first baseman on their roster, and they probably represent the best opportunities for an every-day first base job for Adam Dunn, Lance Berkman, Derrek Lee, Paul Konerko, Carlos Pena, Adam LaRoche, and Lyle Overbay. Someone will probably be on the outside looking in.

I said it a while back and I'll say it again, Adam LaRoche is a nice target for us on a short term deal. If it happens, his nickname in these parts will be: Clip

The TORONTO BLUE JAYS announce the following appointments to their Minor League Field staffs for the 2011 season. New to the organization are managers MARTY BROWN, MIKE REDMOND & pitching coach JIM CZAJKOWSKI, a former Blue Jay farmhand from 1996-1997. SAL FASANO will manage New Hampshire (AA) of the Eastern League, OMAR MALAVE has been appointed as manager of the Gulf Coast Blue Jays, while RICK LANGFORD will serve as the Pitching Rehab Coordinator.

9. John Farrell. Blue Jays. Farrell, the well-respected pitching coach of the Red Sox, probably got this chance because of the great success of Black, a longtime pitching coach who made the transition to manager look easy by doing well in San Diego. Farrell beat out a long line of candidates to get the call. Toronto comes off a year of relative overachievement under the underrated Cito Gaston, and while no one expects them to make the playoffs in baseball's hardest division, the task to avoid the cellar won't necessarily be easy now that the Orioles seem to have turned things around under Buck Showalter. Farrell is by all accounts a very bright man, but this is tough spot for a new manager having to match wits with Terry Francona, Joe Girardi, Maddon and Showalter in the AL East. Grade: C-minus.

Not exactly a glowing report but I can see where Jon is coming from. Try to remember that we hired a guy who has no experience managing at any level.

That’s why you might see the Blue Jays take a chance and hand Adam Lind the starting job at first base. Toronto is hoping any defensive shortcomings Lind may exhibit at learning a new position would be offset by the potential he has shown with his bat.
“I wouldn’t rule it out,” general manager Alex Anthopoulos said when asked if last year’s designated hitter has what it takes to step in at first, should the team not bring back free agent Lyle Overbay. “His footwork needs a lot of work.”
It is also the reason why the Jays might be willing to take a chance on J.P. Arencibia handling the majority of catching duties now that all-star veteran John Buck has signed a free-agent deal with the Florida Marlins.
According to Anthopoulos, offensive punch will take precedence over defensive savvy when it comes to the construction of his 2011 lineup.

Obvious question: why did we let E5 walk then?

Oft-injured Dustin McGowan has agreed to a new one-year contract with the Toronto Blue Jays worth $450,000 (U.S.), the American League club said on Thursday.
The 28-year-old pitcher, 12-10 with the Jays in 2007, has not pitched in a game since July, 2008, when he had the first of two surgeries on his right pitching shoulder.
The most recent procedure was performed in June.
The Savannah, Ga., native has recently begun a throwing program, although no timetable is set for a return to the mound.

There was great joy among the Blue Jays Internet crowd at the news Tallet was leaving to join the Cardinals. That’s natural enough after the sour year he had in 2010.
But you won’t hear a peep of good riddance from any of his teammates or the people who coached and managed him during his five years in Toronto.
Every team needs a Brian Tallet. A guy that takes the ball day after day. A guy you sacrifice when nobody else in the bullpen could go.
As an emergency starter, he took the ball and took his lumps and never once blamed anyone but himself when things went south.
In St. Louis, he will be a specialist, facing left-handed hitters. If Tony LaRussa sticks with that, Tallet will be an effective addition.
From 2006 through 2008 when he was primarily a reliever, he worked 174 innings, allowed 146 hits with an ERA of 3.36.
The last two years when Blue Jays injuries forced him into a starting role — a role he loved, by the way — he was a swing man who struggled with a 9-15 record with a 5.67 ERA. More than a few times, he was the sacrificial lamb who helped save somebody else’s arm while putting his own aching meal ticket through the grinder. 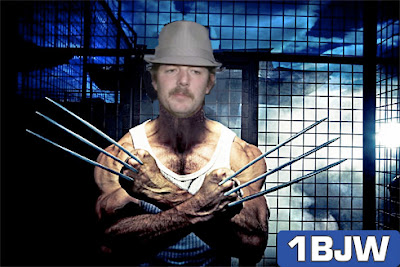 If they sign Jesse Crain, all of a sudden the Jays bullpen doesn’t look so iffy anymore. Consider Frasor and Crain, then add Shawn Camp, David Purcey, Casey Janssen, Marc Rzepczynski, the forgotten Jesse Carlson, Josh Roenicke and others and at spring training you’re looking to cut down.
Fans tend to overlook what Frasor has done for the Jays largely because of bad body language. Since his rookie year in ’04 when he saved 17 games as part of a closer-less bullpen, he may have been the most consistent Jay over seven years they have ever had.
As far as MLB relievers, active, who have been with the same team since 2004, there are only nine, including Frasor. The list is comprised of Joe Nathan (Twins), Ryan Madson (Phils), Mariano Rivera (Yanks), Crain, Justin Duchscherrer (A’s), Frank Francisco (Rangers), Scot Shields (Angels), Matt Guerrier (Twins) and Frasor.

Memo to the nice people at The Star, Dick NEEDS an editor. Example number 6,584,345: Justin Duchscherrer

In what would be the biggest transaction in Canadian sport history, Rogers is in talks to buy the Toronto Maple Leafs in a deal worth more than $1 billion, sources said Tuesday.
The sale would include the Raptors, Toronto FC soccer club and the Marlies, the Maple Leafs’ minor league hockey team.
Buying a majority stake in Maple Leafs Sports and Entertainment from the Ontario Teachers’ Pension Plan would transform Rogers, which already owns the Toronto Blue Jays, into one of the most powerful sports enterprises in North America.
“I know it’s real,” said one top sports industry executive, who requested anonymity. “I’ve heard it from Rogers at a high executive level and from MLSE at a (the highest) level.”
Sources close to the talks say the asking price for the 66 per cent stake owned by the Ontario Teacher’s Pension Plan, which has about $95 billion in assets, is in the neighbourhood of $1.3 billion.
“This would be unprecedented in a market the size of Toronto,” said Richard Powers, sports marketing professor at the University of Toronto’s Rotman School of Management. “They would have a stranglehold on basically the entire professional sports market in southern Ontario and control almost every single stream of sports-producing revenue in the city.”

I am the only one that figures there is no way in hell the cheap bastards at Rogers pony up over a billion dollars for a shit hockey/basketball/soccer team?

The Blue Jays have contacted the Royals about a trade for right-hander Zack Greinke, and the Royals are intrigued by what the Jays might offer, according to major-league sources.
Here’s the problem: The Jays are on Greinke’s no-trade list, meaning that he cannot be sent to Toronto without his permission.
That fact alone does not preclude a trade: Players frequently waive no-trade clauses, usually in exchange for some kind of contractual benefit.
Greinke, sources say, has told the Royals that he is willing “to go anywhere.”
Other clubs, however, are skeptical of that stance.
“The rule of thumb is that if a player has a team on his no-trade list, it makes it less likely,” one rival general manager says.

Courtesy of your Toronto Blue Jays:

The Toronto Blue Jays Winter Tour presented by Rogers Sportsnet, and featuring players and personnel from the Toronto Blue Jays Baseball Club and Rogers Sportsnet, may be coming to a City near you! In January 2011, the Toronto Blue Jays are returning to our roots and bringing back their Winter Caravan to communities across Canada. Blue Jays Players Ricky Romero, Brett Cecil, J.P. Arencibia and Travis Snider will highlight the Tour in addition to new Manager John Farrell and Pitching Coach Bruce Walton. Rogers Sportsnet personalities Jamie Campbell and Buck Martinez will also be participating.†
Toronto, Kitchener/Waterloo, Calgary and Vancouver will serve as the host destinations for the Blue Jays Winter Tour 2011. For a complete listing of where your Blue Jays players will be please see the schedule below on how you may see or meet your Blue Jays.

What a fantastic idea!