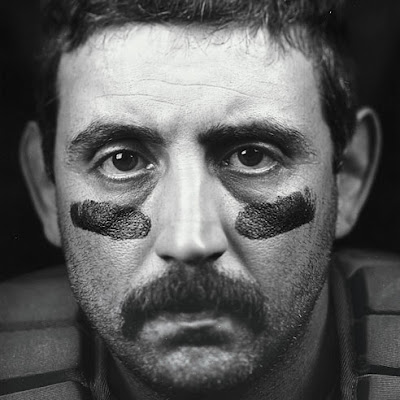 I'm still really upset that Chesley Sullaberger and Clay Zavada beat out Sal Fasano for best facial hair in the year of 2009, but Sal has a chance to redeem himself. According to Brian Calloway of the Lansing Sports Journal, Sal is "climbing up the ladder" and is being considered for the vacant managerial opening in New Hampshire.

I'm not sure my fellow Fisher Cats fans have ever seen a mustache/fu man chu/beard such as the one Sal rocks, but it'll be interesting. In his short time as a manager, Sal has quickly become known as a players manager. He's also a former catcher, which is a great asset as a strategist, due to their intimate knowledge of the pitching side of the game.

Nothing is confirmed yet but we'll keep you updated. He could be the John Farrell's successor or perhaps join his coaching staff at some point but that's kind of jumping the gun a little bit right now.

To listen to a couple of earlier interviews our boy Jesse did with Sal, click here!

In other Cats news pitching coach Tom Signore recently got promoted to AAA. Tom is quite the character and will be sorely missed in these parts. We wish him nothing but the best.

Speaking of Las Vegas, we wonder if former Jays coaches Omar Malave and Rick Langford are going to end up there in some capacity? Omar has been with the organization for quite some time and seems to prefer living in the Florida sun. Can you really blame him?
Posted by SPANdemonium at 12:05 AM