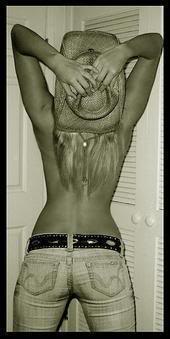 Thanks to the average fastball velocity data available at FanGraphs, we can make all kinds of fun lists.  Today we'll compile the hardest-throwing free agent relievers (minimum 20 innings in 2010).

Looks like Frasor got over his "dead arm" phase from early on in the season. He's a type A free agent. Can you say: sign and trade? 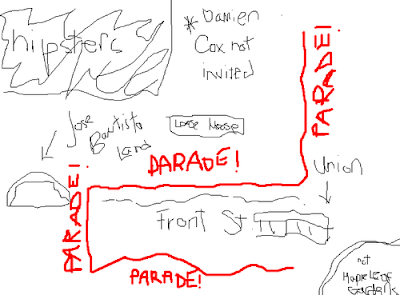 While Roy, his father also named Roy and Linda, spent hours at the park, taking turns throwing batting practice to their son as Miranda and Heather tracked down fly balls. Heather remembers her brother taking her fishing at the Arvada reservoir.
They were pals. Roy caught a fish, named it Mr. Blue Gills and made the fish talk to Heather, age 7, before tossing it back.

Bob really digs deep for some quotes in this piece.

With his incredible Major League debut aside, how does J.P. Arencibia's less-than-inspiring performance impact the direction of the team with regards to the catching situation for 2011?
--Trevor P., Mississauga, Ontario
To be honest, Arencibia's production down the stretch this season probably will not impact Toronto's plans too much. He received very little playing time over the final month of the season, making it difficult for him to show much in the batter's box or behind the plate.
Beyond that, the fact remains that Arencibia has nothing left to prove in the Minor Leagues. It is time for the Blue Jays to give him a shot in the Majors. Whether that means he will be the starting catcher or part of a tandem when 2011 opens is the big question.
All-Star John Buck can be a free agent and he has earned a full-time job as well as a long-term contract. Veteran backup Jose Molina's contract with the Jays includes a $1 million club option for 2011. Exercising that option would appear to make more sense if Arencibia is in the plans as the starter or if a shared role is in the young catcher's immediate future.


Courtesy of Beyond The Boxscore:

I read this article at least three times and still don't quite have my head around it.

Some pretty impressive names on this list. Nice to see J.P. getting some love. You could argue that the PCL MVP should be higher on the list but.....

After the draft, the Jays asked Sweeney not play high school baseball.
“They didn’t want me to get hurt, but I wasn’t going to sign before Aug. 15, so we figured if I got hurt there was time for me to get healthy,” said Sweeney, who hit the first pitch he swung at for a home run down the right field line against the Waterloo West WarHawks.
The infielder found out — yes, found out — he’d agreed to terms in mid-August after his Thomas Jefferson High Jayhawks lost 3-2 to top-ranked Mason City, a game in which he was walked intentionally four times.
“My parents came over ‘sorry you lost, but congratulations, you just agreed to terms with Toronto,’ ” Sweeney said. “The Jays phoned after I’d left for the game two hours away and told me not to play. But my parents didn’t want to let the team down.”
Gary and Lori Sweeney kept the news secret, although they told Kellen’s coaches. Gary is a production planner on the Quaker Oats assembly line, so he knows all about timing.
“All the girls back home ask when I’m going to Toronto,” Sweeney says with a smile. “I tell them it doesn’t work that way.

'Gary is a production planner on the Quaker Oats assembly line, so he knows all about timing.' Ah, what?

The problem is, few careers resemble Bautista’s. He played for four teams in 2004, played five positions in 2006 and seemed destined for a career as a utility man when the Blue Jays acquired him in 2008. And in 2010? He made the All-Star team and led the major leagues in extra base hits and home runs.
If your head is spinning, imagine how arbitrators - the decision-makers responsible for settling salary disagreements between teams and players -  would feel after considering Bautista’s case for a few hours. The Blue Jays have a history of avoiding arbitration, so there seems to be a good chance that they don’t go to a hearing this time, but the potential for one will shape the sides’ discussions.
The Blue Jays can argue that Bautista deserves a limited raise, but they have to be careful, according to one longtime arbitration consultant.
“You lose a lot of credibility with an arbitrator if you have a guy who had a monster year and you start pissing all over him,” says Michael Vlessides, who has faced most leading baseball agents on behalf of various MLB teams over the course of the past two decades.

Anybody that gets quoted as saying "pissing all over him" in an article, is cool in my books. I included the comments thread in the link because there really are some drastically different points of view on J-Bau.

Technically, Bautista can play with Licey if he chooses. As a native Dominican he’s free to play for his hometown team according to both the Winter League Agreement — a rulebook ratified last winter between MLB and four Caribbean leagues — and the Jays.
“We’ll address all the players the same way,” Jays general manager Alex Anthopoulos wrote in an email to the Star. “It’s up to the players if they choose to participate in winter ball.”
But the Winter League Agreement’s “extreme fatigue clause” allows teams to curtail winter league action for players with more than 503 plate appearances. This season Bautista totalled 683 plate appearances and 569 at-bats.
Whether or not the Jays ask him to sit out the Dominican season, Bautista’s top baseball priority is still the team that pays him the most.

About 70,000 samples from football, hockey, basketball and baseball — from amateur to professional levels — were submitted to WADA-accredited laboratories last year.
North American testing was conducted in WADA labs in Montreal, Salt Lake City and Los Angeles.
Of more than 6,000 tests on hockey players, which included both professionals and amateurs, 1.3 per cent came back positive. In baseball, the figure was 2.5 per cent for nearly 20,000 tests. Basketball had 2 per cent positives in about 11,000 tests. And football’s 42,000 tests produced 0.77 per cent positives.
The findings come with caveats, Howman said, including the fact that some leagues test for fewer substances than WADA and conduct testing when the likelihood of catching cheaters is low.

Second interviews = legit interest. It's tough keeping up to date with the manager search and realistically by the time anything is published, it's old news.