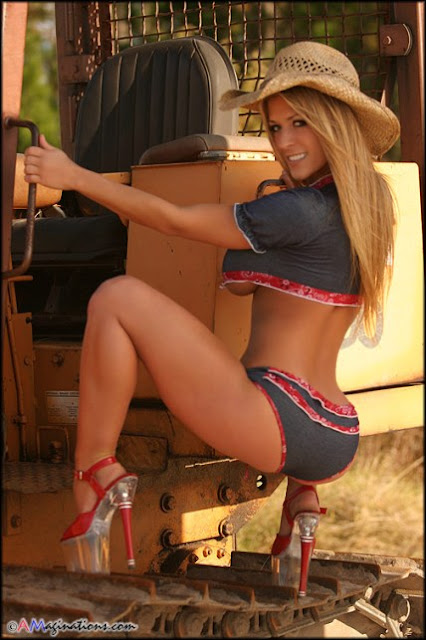 Consider this your required reading for the week. A detailed look at J-Bau's career.

Consider this your required viewing for the week. A little soft toss with J-Bau.

Please note: Bobby Elliott had a massive week. We will be leading off the Round Up with some of his gems.

“I’m progressing with (batting instructor) Justin Mashore, learning the strike zone,” Gose says. “I may have a three strikeout game, but I’m not swinging at pitches in the dirt. I don’t want to say I have it figured out — you never have it figured out — but I’m improving.”
Gose is hitting .262 with 20 doubles, 13 triples, seven homers and 26 RBIs in 130 games.
A year ago, in spring training a reporter from Lakewood, N.J., asked how many bases he’d steal. He said he’d lead the team and break the club record (59). Gose swiped 76 to lead all of minor-league baseball.
This spring, he told the same reporter he’d swipe 100. He’s stolen 45 bases but has been thrown out 32 times.
“I struggled at the start, getting my reads, ran on bad counts, second-guessed myself and lost confidence,” Gose says. “I was asking myself the question: ‘Am I really what I think I am?’ But those comments make me look big-headed which I’m not. I made myself look bad.”

An exclusive interview with OF prospect Anthony Gose. Seems like he grew up in a tough environment. Nice to see him giving back to the people that helped him get out.

The decision to move 25 games to the new Sporstnet One station was not made at 1 Blue Jays Way, but rather at 1 Mount Pleasant Rd., in either a Rogers or Sportsnet ivory tower.
While Rogers battles Bell/Shaw/Cogeco, complete with marketing campaigns, the Jays are taking the heat, as well.
“I understand the fans’ complaints. This is short-term pain,” said Jays president Paul Beeston from Toronto. “Last year, we had 145 games televised. This year, we will have 162. Down the road, fans will not lose games to the Memorial Cup, the NBA or anything else.”

For the record: We here at 1BlueJaysWay did not have anything to do with the decision to move the games in question to a channel that most of you do not have access to. Moving right along.....

“Man, his swing is quick,” said Don Zimmer, the Rays' senior adviser, who broke into pro ball in 1949. “Have I seen him? Hah, seen too much of him. He’ll swing at a ball once in a while, but for the most part he’s disciplined. He looks like he’s headed for 50.
“I hopes he gets there — as long as he doesn’t hit any against us.”

I wonder if The Cito will be getting asked these types of questions when he moves into his "consulting" role?

The end of the season marks the start of 2011. Who plays third base for the Blue Jays next season?
Who plays first?
And what happens to Aaron Hill?
Aaron Hill, the 2010 media guide cover boy, who led all second basemen with 36 homers last year? That Aaron Hill?
Hill’s four-year, $12-million US deal, signed in 2008 runs until the end of 2011.
Yet, the Jays have a decision to make on Hill between the end of the season and the next opening day.
Do they pick up Hill’s three option years from 2012-14 which total $26 million?
Do they give him the thumbs-up March 21 during spring training when he turns 29?
Do they decline to pick up his option years and then, according to contract language at the end of 2011, exercise the 2012-13 options, making Hill a free agent in 2014.
Either way, Hill will be with the Jays next season.
How happy will their infielder be if the Jays decide to not pick up a long-term commitment?
Of course, even if the Jays decline the option years, they could revisit the matter with agent Casey Close if Hill’s 2011 is more like 2009.

Bob pulls out the crystal ball and tries to predict the future.

RICKY ROMERO: “He never gets cheated. What do you mean someone took that answer? In a word, his swing is overpowering. If I faced him I’d be careful, stay away, away with a sinker and breaking ball, then bust him inside with a fastball. I’d get him out — tell him that.”

Quick interviews with J-Bau's teammates. Ricky had the best answer hands down.

“You know, fans in the Dominican didn’t follow the Blue Jays that much a few years ago because they didn’t have many Dominican players, but now they have (Edwin) Encarnacion and Jose . . . the fans pay attention,” George Bell says in a telephone interview from the Dominican.
“They love what Jose is doing. They’ve always had the older guys like (Albert) Pujols, and Pedro Martinez, but Jose is running away with the home-run lead and he’s close to breaking (Bell’s Jays record). A lot of people are talking about it here.”
Bell is watching Bautista too. The two are very similar as players — power hitting, right-handed hitters with a home run swing destined for the record books.

After spending most of last season in Las Vegas, the former Blue Jays closer pined for a fresh start with another team.
But after speaking with new Toronto general manager Alex Anthopoulos, he avoided arbitration and agreed to a one-year, $1.08 million contract for this season.
"I was lied to a lot last year, where I was told one thing and something else ended up happening," Accardo said. "That didn't sit well with me, but I turned (over) a (new) leaf and we talked and he told me everything's going to change, and really things haven't changed."


Jeremy Accardo is clearly fucking pissed. Although I think he is able to get Major League hitters out, I have to believe the hissy fit last year when he threw his Jays hat in the garbage, seriously hurt his chances of doing it for your Toronto Blue Jays. He is out of options and has 1 year left of arbitration. Should be an interesting case if the brain trust sticks to the "file-to-go" strategy. You have to think that no offer will be accepted by the Accardo camp.

If the Jays lose all three veterans in the ’pen, they have enough bodies to make up for it. They could bring back Shawn Camp, Casey Janssen, David Purcey, Jesse Carlson and Josh Roenicke, and move Marc Rzepczynski into Brian Tallet’s role. Or they could keep Tallet. And what of Jeremy Accardo? Furthermore, the off-season free-agent market is always flooded with relievers. No problem. With a younger, less consistent bullpen in 2011, the Jays may be a better team with a worse record. But hey, nobody said rebuilding was going to be easy.

Dick takes a look at the potential bullpen for 2011. Based on the names above, who do you give the ball to in the 9th inning of a tight game?

Q: Hi Richard, About a year ago the rumours of a dysfunctional Blue Jays clubhouse came to light. Now a year later it appears that by all accounts the chemistry is great. To what, or to whom, do you attribute this year's harmony? Is it safe to assume last year's culprits are no longer with the club?
Thanks, Tim Wood, Toronto
A: It was not a rumour. The poisonous fumes floating through the Jays' clubhouse on that final weekend in Baltimore were absolutely toxic. Vernon Wells on the Friday said, “I'm not sure that it can be fixed.” This in reference to a potential public airing of player concerns with Cito Gaston and Paul Beeston in attendance. Gaston to this day does not want to believe it was ever true, claiming it was simply an exaggeration by the media. That's total bullspit. It was real. But when push came to shove and the key returning players – Wells, and Aaron Hill and the non-returning players Rod Barajas and Roy Halladay -- met with Beeston and Gaston, the players wimped out and backed down.
Why the dysfunction in the first place?

I normally don't venture into Dick's mailbag, only because I wish to remain sane. But I gotta say, this is the most insightful thing I have ever read as it pertains to the train wreck in Baltimore last season.

Twenty years ago today, on September 2, 1990, Dave Stieb finally did it. After years of painful teasing, he finally threw a complete game no-hitter. Rarely had a pitcher gone such torture to achieve this goal.
Prior to that day, Stieb had five separate complete game one-hitters. As an added bonus: all five one-hitters had come in a fairly rapid sequence, in a 15-month sequence from May 1988 to August 1989.

Rock solid piece on Blue Jay hero Dave Stieb.  Must read and a close second for the required reading of the week.

Your Toronto Blue Jays will be sending the following players to the Arizona Fall League:
Here is what our boy Jesse had to say about the news:

Nice crew to send over there.  Especially rewarding for Daly.  Not much surprise for Thames or Hechavarria.

I should also point out that Hech will be reunited with his childhood buddy and Red Sox SS prospect Jose Iglesias. One thing to watch is who gets the bulk of the innings at SS.