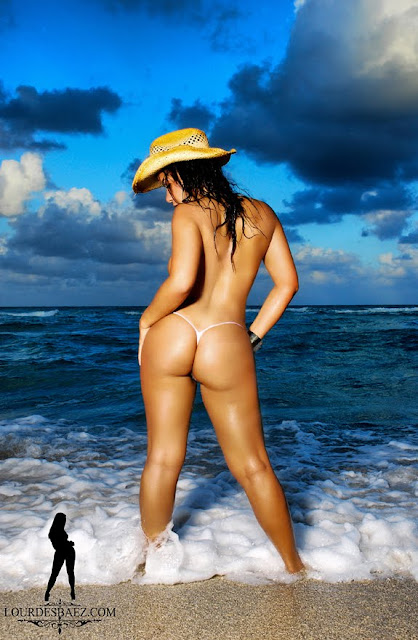 Consider this your required reading for the week.  There is a chance we here at 1BlueJaysWay may have some more news on Hechevarria for you real soon.....

Consider this your required viewing for the week.  Fleeced em.  Absolutely fleeced em.


Courtesy of Our Boy Jesse:


Glenn hits for the cycle as Lugnuts beat Kings, 9-5

LANSING, Mich. – Brad Glenn hit for the fifth cycle in team history and the first since 2007, helping the Lansing Lugnuts (17-13; 53-46) chop down the Clinton LumberKings (14-15; 51-47), 9-5, on a Monday Summer Fun Day on Jackson Field.
Glenn singled in the first inning, homered in the third, dropped in a fluke sun-aided double in the fifth, and then broke a 4-4 tie with a two-run triple off of reliever Jose Jimenez (2-4) in the seventh inning to give the Lugnuts the lead for good.
He capped off the game by drawing a walk in the eighth inning, loading the bases ahead of A.J. Jimenez's three-run game-clinching double.
The Lugnuts' previous cycle was accomplished by Travis Snider on July 7, 2007, at Fort Wayne. Corey Patterson (1999), Donnie Hood (2003), and Chip Cannon (2005) were the other Nuts to achieve the cycle in the team's 15-year history.

Dunedin Blue Jays third baseman Mark Sobolewski has been named the Florida State League Player of the Week for the time frame of July 19-25. He becomes the fourth Dunedin player to win the honor this season, joining catcher Travis d'Arnaud, outfielder Welinton Ramirez and super utility player John Tolisano.
Sobolewski was fantastic in the weekend series against Bradenton, going 7-for-12 with two home runs and two doubles. On the week, he was 11-for-26 (.423) with three home runs and the two doubles. He also drove in 10 runs and scored eight times himself.
Sobolewski was named a First Half All-Star this season with the Lansing Lugnuts, the Single-A affiliate of the Toronto Blue Jays, where he hit .313 with four home runs and 24 RBIs. He also added 15 doubles.
So far with Dunedin this season, the 23-year-old is hitting .274 with four home runs and 22 RBIs, nearly the same numbers he had with Lansing, but in 51 fewer plate.

This guy is slowly moving up the depth chart @ 3B.


Courtesy of You Don't Know Dick:

Consider that among all MLB outfielders, Bautista ranks: first in home runs and outfield assists; second in RBIs, extra-base hits, OPS, slugging and bases-on-balls; and third in runs scored.
“He’s a young guy that can still play third base for you and play the outfield, play first base, so that’s what I would do, but that’s just me,” Gaston added. “I can talk to him about playing a certain position and it’s, ‘Wherever you need me.’ Managers always appreciate guys like that on your ballclub.”
The Jays need his versatility and don’t need to save the money. They have him for one more season. If he goes through the arbitration process the Jays could then either trade him at next year’s deadline or begin negotiations for an extension if he proves in 2011 that 2010 was no fluke.

The 29-year-old Mike Jacobs is a lifetime .253 hitter with the Mets, Florida Marlins and Kansas City Royals.
The left-handed hitter averaged .208 in 28 at-bats this season with New York, which designated Jacobs for assignment on April 18. He cleared waivers and has spent most of the season at AAA, hitting .260 with 15 home runs and 57 RBIs in 86 games.
Last season, he hit 19 home runs and added 61 runs batted in while making $3.25 million US with the Royals last year.
Jacobs had 32 home runs and 93 RBIs in 2008 with Florida.
He provides some depth for the Blue Jays should they choose to deal free-agent-to-be Lyle Overbay.

Depth move at AAA.  He does have almost 2000 MLB at bats under his belt but he strikes out a fucking tonne and has amassed a lifetime .313 OBP in the big leagues.

In the three weeks since he became an eighth-round draft pick of the Toronto Blue Jays, Nebraska City pitcher Logan Ehlers has turned down two offers to sign.
“We had the (signing-bonus) number set, and everything,” he said, “so right now we’re playing the waiting game.”
That’s usually how it works for anyone who has college aspirations but is in a position where they could command a large enough signing bonus to head straight to professional ball.

Don't know how this one slipped past the goalie but I just had to share it.  We gotta get this kid to sign before he strikes out another 20 batters in a game.

Many of the best trade chips in baseball play for the Toronto Blue Jays, but the team held onto all of them when their rivals didn’t meet the club’s asking price. Scott Downs, Jason Frasor, Kevin Gregg, Jose Bautista and John Buck remain in Toronto for one simple reason: in the end, no team presented GM Alex Anthopoulos with an overwhelming offer.

“I don’t think we were that close today,” Anthopoulos said. “There were things we had on the table that were available to us, but not enough to make us make a trade.”

Translation: Stop trying to fuck with the new guy everyone.

Camp to have workload limited: Toronto RP Shawn Camp has been given a heavy workload this season but manager Cito Gaston would like to limit his innings, going forward, reports MLB.com Monday. "I want to do that with him," Gaston said on Monday. "I had a little talk with him about that." Gaston has frequently turned to Camp to clean up messes but will try to limit that going forward. "Of course, he wants to go," Gaston said. "He wants to pitch. Some kind of way, if I can give him off through the next few days, it'd be great -- hopefully. I don't know if it's going to happen. Maybe a couple of days and then if we use him, then we have the off-day."
(Updated 07/26/2010).

Lind a future first baseman?: Toronto DH/OF Adam Lind is going to see playing time at first base down the stretch. MLB.com reports part of the reason why Toronto is going to give Lind a look at first base because the Blue Jays will be looking for a starting first baseman for the 2011 season. "We want to see him play first to see if he can play over there," Blue Jays manager Cito Gaston said. "But, you know, in the offseason there's still some first basemen out there that you can go get."
(Updated 07/30/2010).

Snider, considered one of the team's future cornerstones, will be shuffled around into different spots whenever fellow outfielders Fred Lewis, Jose Bautista, Adam Lind and Vernon Wells, third baseman Edwin Encarnacion and first baseman Lyle Overbay get a day off.
He'll likely hit in the spot of whoever he's subbing in for, including leadoff hitter Lewis.
"You know, I've thought about that here and there, and if I take Lewis out of the lineup we're not going to put Bautista in the first spot, so it might be Snider up there. He's pretty much my choice if I go that way," said Gaston. "If I have Lewis in the lineup, then Snider will go somewhere else. It's going to be a little mix and match."

This is the article that set off the shitshow on Twitter that I wrote about earlier.  I figured there may be a chance Snider was being sat down until the deadline because a spot was about to open up.  That didn't materialize, so now we are going to roll with this roving platoon for a couple of weeks and see what happens.  Could end up messy.  Especially with dip shit The Cito "managing" it.

Much has been made of his poor stats — he's been caught stealing 27 times to go with his pedestrian batting average — but Anthony Gose says he's deliberately taken steps backwards in some areas in order to take a few steps forward down the road.
"When you're learning something new the success may not be there right away, results aren't always instant," he said. "I feel I've made tremendous progress from last year to this year.
"Defensively I feel I've gotten better, better routes to the ball, I've worked on making better throws to the bases. Baserunning I feel the adjustments I've made have just made myself better, better reads of the pitcher, getting better jumps. ...
"Offensively I feel that I've progressed also, maybe not in statistical means, but mentally at the plate, and also physically, mechanically, I feel I've progressed to some degree and it will all come together."

I heard that he is the 3rd youngest player in High A or something like that.  Patience is a virtue everyone.....

TORONTO - Anthony Gose knows exactly what the critics are saying.
After almost two full pro seasons, he should be a better hitter. He steals a bunch of bases, but gets caught too often. He covers a lot of ground in centre field but makes too many fundamental mistakes on defence.
"Everything has been baby steps. I'm 19, and I have a lot of learning to do," said Gose, one day after his unexpected trade to the Toronto Blue Jays. "I've got a long ways to go before I'm a complete player."

He made his first start last night for Dunedin the high Class-A Florida State League, switching from the Phillies' FSL club a few miles south in Clearwater.
Dunedin coaches promptly began to work on "refining [his] approach at the plate," Gose said in a conference call.
"We started addressing those matters here already on my first day," he said.

Wallace is pretty much just the opposite. His game is so dependent on offense, that even getting to 2-3 WAR consistently will be an issue. After Lance Berkman moves out of Houston, Wallace is the future at first base. He’s not good there, and is surely somewhere worse than 2.5 runs below average. To even reach 3 WAR, he’d have to produce 25 runs with the bat to be worth three wins. And given the fact that he’s never walked 50 times or hit 25 home runs in any season, getting to a .370 wOBA seems impossible.
Houston didn’t do well today. With their best chance to finally acquire a player they could build their future around, they acquired two players with role player ceilings.

Brett made his MLB debut on Saturday with Houston.  He finished up 0 for 4 while playing 1B and hitting 6th in their line up.  Please refrain from crying about this.  Everything is gonna work out later.  Trust me. 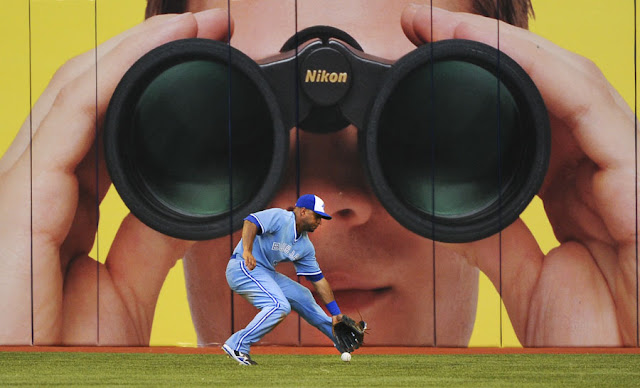 Posted by The Man With The Golden Arm at 3:07 AM