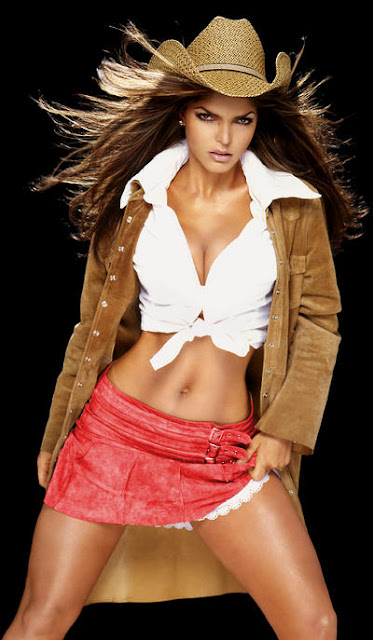 Consider this your required reading for the week.  A look at "The Plan"

Consider this your required listening for the week.  Skip ahead to 17:23 for the Jays stuff.

Alex Anthopoulos took over as general manager of the Blue Jays on October 3rd, 2009.  Though he might make a few moves in August, most of his first year is in the books.  Let's review his major moves.

A very close second on the required reading list.  A great recap of Boy Wonder's work since taking over the GM job.


Courtesy of The Canadian Press:

"In my mind, it's pretty final for me, I'm going to leave," said Gaston. "I've said it a few times, I think it's best for the ball club to get someone in here who's going to be here for a few years.
"If I was a little bit younger and going to be around for two or three more years, which I think that would be OK, then I'd probably be kicking and screaming trying to stay here. That's not the case for me. If I do come back, it would only be for one year, so what's that going to do for anybody? …
"I'm ready to go. No problem."

The Cito is leaving for sure.  Thank God.


Courtesy of The Globe and Mail:

According to the Elias Sports Bureau, the keeper of the stats for Major League Baseball, Toronto’s task this season is formidable.
Elias reports that since 1969, teams to make the postseason after being at least 8 1/2 games out of a playoff spot some time in August number four: the 1969 New York Mets (10 games out); the 1973 Mets (11 1/2); the 1978 New York Yankees (nine); and the 1992 Atlanta Braves (9 1/2).
But imagine if you will – and this is where those glasses will come in handy – that the Rays continue their recent downhill slide and are effectively taken out of the wild-card playoff race equation.
Granted, that’s a pretty big if.

A rude intro to life in the AL East for all the bandwagon jumpers.  Love to have you guys on board but you need to understand that we probably won't make the playoffs this year.

I wrote this at the end of May.  That right there is what is known as being ahead of the curve.

I had the chance to talk to Las Vegas 51s pitcher, Jeremy Accardo, yesterday discussing his career at Illinois State University, making it to the big leagues, and trying his best to stay there.  He's spent most of this season with the Toronto Blue Jays Triple-A Affiliate compiling 22 saves.  Jeremy isn't afraid to hold back his opinions on the Blue Jays handling of him over the past year, making this an interview that you don't want to miss.

I made a new internet friend this week!  Kevin from Baseball Insiders sent me this interview and asked if I could post it for him.  Jeremy Accardo = Man On Fire


Courtesy of The Star:

This may be alarmist, but with Rogers Sportsnet One set to launch Saturday the new channel that will carry 25 Blue Jays games this season — including four in the upcoming week — is available only to Rogers subscribers. It’s possible that may change by the end of Friday or within the next week, but there’s no assurance of that.
“At this point, we know that it will be on Rogers,” said Rogers Communications spokesperson Jan Innes. “We are still in discussions with other carriers.”
It’s also possible that Sportsnet could get itself into the same battle with the likes of Bell TV and Cogeco that TSN2 did with Rogers two years ago. It was a fight that resulted in thousands of disgruntled Raptors fans not being able to watch their favourite team.

The cheap bastards at Rogers decided to alienated their baseball viewing audience even further by taking 25 Blue Jays games and putting them on this new station that is only available to their subscribers.  Make sure to check out the comments on the article.  I will attempt to sum up the reaction of your fellow fans in one word: RAGE

This drop in BABIP isn’t completely unexplainable. Hill’s LD% is all the way down to 10.2% from 18.8%, and those missing line drives have all turned into fly balls. Some around the Jays have noted that Hill has had more loft to his swing, which would explain this change. Given that LDs are the most likely to fall in for hits (.722 BABIP) and FBs are the least likely (.140 BABIP), that explains a lot. That’s roughly 27 line drives turned into fly balls, or 15 fewer hits. In 296 balls in play, those 15 hits account for 50 points of BABIP. Still, that would leave Hill’s BABIP at .249, in the bottom ten of the league.

A detailed look at Aaron Hill's struggles this season.  There is some good news at the end of the article.....

Bishop and the Belcher, 175 Bloor St. E.
Beef and chicken — don’t they clash? “Meats don’t clash,” states Snider. Still, double protein and A-plus cheesiness can’t make up for the presence of mushrooms (not a fan). Price: $10.95

Ian found this little piece of gold early on in the week and turned it into a brilliant t-shirt idea.


Courtesy of Sports And The City:


The Toronto Blue Jays believe in Ricky Romero. So much so that they rewarded him with the largest contract in history -- five years, $30.1 million -- for a pitcher with less than two years of Major League service time to his name. And you know what? I'm totally fine with that. Actually: I'm more than fine with it; I love the decision. Because like the braintrust, I too believe in Ricky Romero.

Here's the breakdown of the deal, courtesy of the always reliable MLB Trade Rumours:

But again, the problem is free agent compensation. Will a team be willing to sacrifice a high draft pick for a middle reliever? Downs does have some closing experience, mostly coming last season, so perhaps there's a club out there that values him in that capacity and is willing to pay the price. If not, it's not impossible that he could be stuck looking for a job come February since everyone wants to keep their first round pick in this age where young players have become more important than ever*
* It's worth noting that next year's draft class is considered to be one of the deepest and best ever, which could lead to teams being even more reluctant to surrender draft picks as part of the free agent signing process.

A look at free agent to be Scott Downs unique situation and why he may end up being our closer in 2011.

Posted by The Man With The Golden Arm at 3:02 PM