Consider this your required reading for the week. Great story about our other Cuban shortstop. Morgan Campbell absolutely nails it.

Like (Noah) Syndergaard, Asher Wojciechowski was drafted this year in the sandwich round and signed quickly. Signed out of the well-respected college baseball program of The Citadel, Wojciechowski is further advanced and was assigned to single-A Auburn. The Blue Jays view him as a “bulldog-like” starting pitcher. Since he was a closer, he is being stretched out by starting games but only going 3-4 innings. Regardless, he has been putting up stellar numbers by relying on his fastball that tops out at 94mph with good downward plane and a slider that projects as above average. He does have a changeup that is not yet playable but he is working on it as a 3rd pitch.

Great work by the guys over at Mop-up Duty. Lots of ink on our new draft picks and higher level prospects.


J.P. Arencibia will be up with the Jays once John Buck likely gets traded. What should we expect out of him?

Low-average guy who makes up for it with power and some patience, although (sorry, broken record here) he is repeating AAA and some of what he's doing there this year is a function of that. As their cheap catcher for three years while they wait on d'Arnaud, though, Arencibia should be a good to great value.

Normally I ignore Klaw because he is a whiny little bitch when it comes to Blue Jays analysis but this seems right to me. 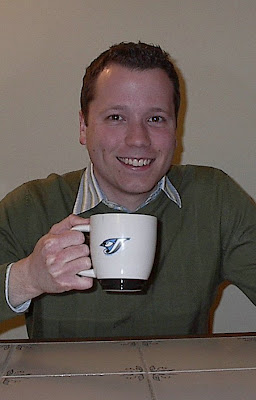 After no doubt watching Major League for the umpteenth time, prospect guru John Sickels decided to take a stab at projecting Rick "Wild Thing" Vaughn's career numbers, including transactions and injuries and all sorts of stats.
Someone really needs to do this for every character in every baseball movie, if only because I always suspected Roger Dorn was underrated and the kid who broke his arm in Rookie of the Year probably had a worse WHIP than you'd think.

Any reference to the best baseball movie ever will always be welcome at 1bluejaysway.

After tonight's 3-2 win for the Blue Jays, the team announced that it had designated infielder Nick Green for assignment to clear a spot for pitcher Shaun Marcum (due to be activated from the disabled list). What does this have to do with Snider? Let me explain.
Removing Green from the roster leaves the Jays with 12 position players and 13 pitchers (six starters and seven relievers). For the next 10 days or so -- or the minimum amount of time Snider must remain in the Minors -- Toronto will play short-handed on the bench. Why, you ask? To ease the workload for the starting pitchers.

6 man rotation in the house! Well sorta. This is only possible because The Cito continues to refuse to make any in game moves. For the next little while we will have only Johnny Mac, Wise and the back up catcher on the bench.


Courtesy of You Don't Know Dick @ The Star:

Where are the Jays headed as the trade deadline approaches? The Gonzalez deal offers clues as to what Anthopoulos may be thinking about revamping his roster to young and controllable:

Lyle Overbay: The 33-year-old first baseman, earning $7 million (all figures U.S.), is a free agent at the end of the year. Unlike shortstop-for-shortstop, the Jays don’t need to receive a young first baseman in return. If Overbay goes, they will either call up Brett Wallace or fill in with Adam Lind who has been working more intensely with a trapper and Brian Butterfield over the past month.
John Buck: The 33-year-old catcher, earning $2 million, is a free agent at the end of the year. As an all-star, his value has increased and the Jays would rather keep Molina because if they bring up J.P. Arencibia, having a breakout season at Triple-A, the veteran backup is a better mentor.
Edwin Encarnacion: The 27-year-old third baseman, earning $4.75 million, is arbitration-eligible and a free agent following 2011. They already placed him on waivers and nobody took him so the only way they could move him is if they offered to pay the remainder of his salary this year — which they would surely be willing to do.
Jose Bautista: The 29-year-old right fielder/third baseman, earning $2.4 million, is arbitration- eligible and a free agent following 2011. Bautista is one of Gaston’s favourites and his versatility and intensity make it difficult to understand why they would deal. They should hang on to the major-league’s home run leader, giving them off-season flexibility in adding either an outfielder or a third baseman. Then they could sign Bautista to a well-deserved three-year deal.

Ah Dick. You try so hard to be insightful.

Here's what I'm thinking: If the plan is to keep J-Bau around then we will be either signing him to a one year deal again or taking him to arbitration. Due to his excellent production this season, he will likely project as a Type A free agent after a good 2011. Then we could shop him around at the deadline next year (think Scott Downs) and demand a great prospect. Or we could hang onto him and offer him arbitration again. If he declines and signs with a different team (think Marco Scutaro) then we get a couple of picks in the 2012 Amateur Draft.  I guess what I am trying to say is his value will be higher in the future.  It makes no sense to sign him long term right now.

More parts may arrive before the July 31 non-waiver trade deadline, as Anthopoulos has several strong chips to play with in relievers Scott Downs, Kevin Gregg (who has club options for next year or the next two seasons) and Jason Frasor, plus catcher Buck and first baseman Lyle Overbay, all potential free agents.
But anyone who thinks Anthopoulos will scorch the ground just to get rid of them hasn't been paying attention. It looks like all four players will qualify for draft pick compensation should they sign elsewhere, so only an asset of significance will pry them away since the Blue Jays are under no financial pressure to deal them.
Additionally, Anthopoulos doesn't want his young players to develop in a negative, losing culture, so he won't pick the team apart unless it's really worth it.
“Naturally the assumption is (the Gonzalez trade) is a precursor to a flurry of other moves and a look to move veteran players,” said Anthopoulos. “We're not looking to shop any of our players, or move any of our players specifically.
“I try to keep in touch with teams and continue to have dialogue and it's more a process where we target players, we call teams about specific players.”

In Boy Wonder we trust. Amen.

Alex Gonzalez is currently the NL Leader in Just Enoughs with ten. Jose Bautista is second with eight. Both have HR/FB rates that eclipse their career averages. Even though the park factor for overall runs in Toronto favors the pitcher, the factor for home runs largely favors hitters. According to StatCorner, the RHB HR park factor in Toronto is 110, heavily favoring the hitters. This is balanced out by a 92 park factor for singles for both hands, which is why we see pitchers seemingly favored at the Rogers Centre.
All of the factors for a heavy decline in the second half are there, particularly for Alex Gonzalez, who moves to Turner Field and its 90 park factor for RHB HRs. These players are getting lucky in almost every possible sense with home runs. The Braves are likely to fall victim to a drop in power from Alex Gonzalez, and any team, particularly without a RH-friendly ball park, would likely see the same out of Jose Bautista.

I have linked to this post numerous times over the week when challenged about the Escobar / Gonzo deal by smug Braves fans. The comments section was quick to point out that the author didn't mention one important detail.....

George says:
Bautista has 8 no-doubters (2nd only to Vernon Wells in the majors), 8 just enoughs, and no lucky home runs according to HitTracker.
He’s hitting for major power and has been since September of last season. That’s not a matter of luck