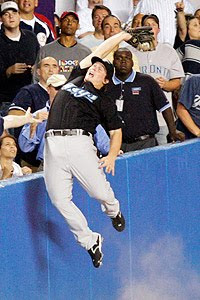 As expected Travis Snider was recalled from the minors for tonight's game and as you can see he is not in the line up AND when he is he may be leading off.

@ShiDavidi Cito says Snider sits b/c he doesn't want to mess with lineup that won 3 straight. Says Snider may leadoff on days he's in left for Lewis.

@jordanmackinnon @BlueJayGal Just bench E5 and play with 4 outfielders....Escobar can cover the entire left side of the infield, right?

@FakeCitoGaston @drunkjaysfans Even I can't make this stuff up RT @ShiDavidi: Cito says Snider may leadoff on days he's in left for Lewis

@dan_carrier You have got to be fist fucking me... #BlueJays #Jays RT @ShiDavidi: Cito says Snider says Snider may leadoff on days he's in left for Lewis

@LottOnBaseball Gaston, told some fans are surprised Snider's not starting: "They can be surprised all they want. Where would you like me to put him?"

@LottOnBaseball Someone suggested sitting EE and playing Bautista at 3rd. Gaston said EE has started to hit lately. "I want to try to give him (more)
… a chance to get a job next year too," CG said, referring to EE's impending free agency. 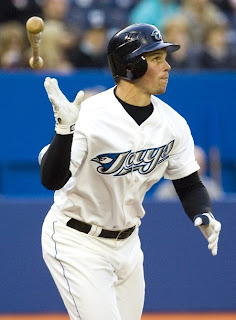 @rrwillerton @LottOnBaseball so Snider is a bench player? Cito has to go. It should be on the few days Lewis plays for Snider, not the other way around

@MLBastian Travis Snider: "I'm happy to be on the bench or in the starting lineup. I'm just happy to be here."

@BlueJayHunter Exit left, Clarence ... please."I want to try to give him (EE) a chance to get a job next year too," (via @LottonBaseball).

@rrwillerton @BlueJayHunter so ridiculous. i have no words for it.

@BlueJayHunter What's the frigging point of calling up Travis Snider if Cito's going to keep him on the bench for the last 2 months of the season?

@LottOnBaseball Snider, drawing on his diploma in Media Relations 101: "As long as we’re winning and guys are playing well, any way I can contribute (more)
… I’m happy to be on the bench, in the starting lineup, I’m just happy to be here and help the team win any way I can."

@MLBastian Cito said if Lewis is out of lineup, Snider might lead off. Other days, Cito will "mix and match" where Snider fits in the lineup.

@GSJays @LottOnBaseball-Cot's show EE has one more year of arbitration, so unless hes non-tendered he isn't a fa until 2012.

@LottOnBaseball @GSJays You are correct. CG sounds like he thinks a non-tender is a foregone conclusion, although he'll have no say in the matter.

@TaoofStieb Well of course Snider's sitting. Forget it, Jake. It's The Manager's Town.

@rrwillerton Does hitting 9th every game count as mixing and matching? RT @MLBastian Cito will "mix and match" where Snider fits in the lineup.

@Jays_Fan_Ryan Yeah Cito, the important thing is to secure EE a job for next year...just look at how well it worked for Kevin Millar. #pleasemakeitstop

@1bluejaysway Lightbulb finally goes off RT @MLBastian: Travis Snider:"I'm happy to be on the bench or in the starting lineup. I'm just happy to be here."

And you are not on Twitter yet because why again?

Posted by The Man With The Golden Arm at 7:00 PM